The Association of Mayors of Ile-de-France (AMIF) will be held on June 28 and 29 at Paris Expo Porte de Versailles and will bring together for this 26th edition local elected officials, actors in public procurement and political figures around the cross-cutting theme of "communities at the heart of transitions. 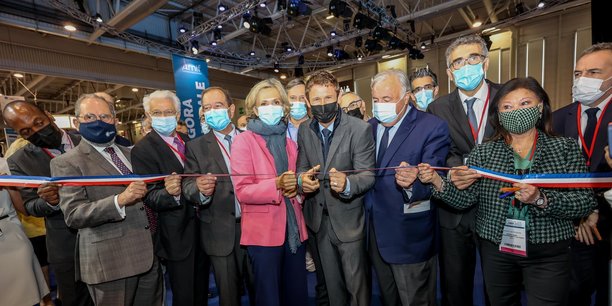 Serving the municipalities of Ile-de-France, the AMIF, through its role as a spokesperson for local elected officials in the regional debate, has been making the concerns of mayors heard by public authorities for nearly 30 years. Today, more than 80% of Ile-de-France municipalities are members of the Association. The AMIF, which claims to be a privileged interlocutor on the major issues that determine the future of the region and the country, is proposing the theme of "communities at the heart of digital transitions.s at the heart of digital, ecological, social and educational transitions", conferences on mobility, clean energy and brawls in the Paris region. For Stéphane Beaudet, President of the Association of Mayors of Ile-de-France (AMIF) and Mayor of Évry-Courcouronnes, "we are in a transitional situation and we need to find the right rhythms, the right means with a shared territorial vision. It is the local authorities that will fuel this transition.

With more than 20,000 visitors, the AMIF fair is also an opportunity for discussion and reflection, such as the Club des collectivitéss for the Social and Solidarity Economy in Ile-de-France on the theme of local and sustainable food, awards ceremonies, forums, and the signing of partnership agreements. "With a particularly dense program, this show is both an exchange of best practices, perspective, debates and sharing of themes," explains Stéphane Beaudet. Sport will also be in the spotlight with two days of activities organized in the Sport Village where visitors will be invited to try their hand at activities such as basketball and tennis. Testimonies from athletes, elected officials and structures in charge of organizing the Paris 2024 Olympic and Paralympic Games and sports demonstrations will close the show around the theme of "Olympic Territories. "The exhibition is a time to meet and work, but it is also a time for conviviality," said Stéphane Beaudet.

Transport, a key theme of the AMIF exhibition

On Tuesday, June 28, a conference will be held on the impact of the health crisis on travel and lifestyles in the Ile-de-France region, with speeches by Sylvie Charles, General Manager of Transilien SNCF, and the General Manager of the Parisian Urban Planning Workshop (Apur). Before the health crisis, teleworking was not very widespread in France, since according to the figures of the Direction de l'animation de la recherche, des études et des statistiques du ministèBefore the health crisis, telework was not a widespread practice in France, since according to the figures of the French Ministry of Labour (DARES), it concerned only 3 to 7% of the working population on a regular basis, and mainly executives, whereas in May 2021, 26% of the working population teleworked at least one day a week. The implementation of telework has thus refocused city dwellers on proximity mobility, with a significant increase in walking, biking and also private car use.

The transportation theme is also directly linked to tourism, with more than 50% of sites accessible in less than 15 minutes' walk from a train station. On Tuesday, June 28, the conference entitled "Why is the train the best ally for the attractiveness of tourism in the Paris Region?"will provide an opportunity for discussion with Christophe Decloux, Director General of the Regional Tourism Committee, and Amandine Martin, Secretary General of Transilien and Secretary General of AMIF.Amandine Martin, General Secretary of Transilien and General Secretary of AMIF Partenaires, with the aim of promoting the city as a tourist destination and helping people discover the region's rich heritage, which includes more than 1,200 places of interest to tourists.