The Government of Benin, in its agricultural policy, has planned to support a certain number of agricultural sectors, including the consumer egg sector. On Wednesday, August 3, 2022, the officials of the Territorial Agency of Agricultural Development of the pole 7 received at the Cardinal Bernardin GANTIN International Airport, a first wave of 38.000 day-old laying chicks, imported under the second campaign of support in day-old laying chicks to the laying hen breeders installed in the Republic of Benin 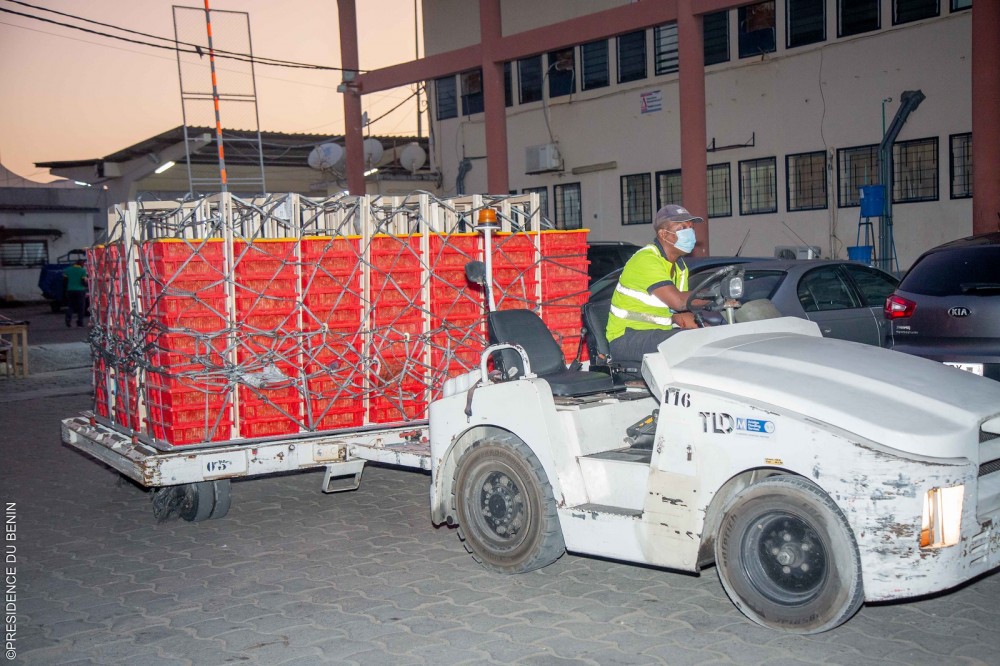 For this second campaign of support to Beninese poultry farmers, 384,000 imported day-old laying chicks and 206,000 laying chicks produced by local hatcheries are planned over a period of nine (09) months.