France/Gironde experiments with minimum income for some young people

The Departmental Council is going to experiment with the payment of a monthly allowance for young people particularly affected by the crisis. While some initiatives of this kind have already been taken, notably in the Lyon metropolis, the Gironde project is unique in that it is aimed at young people up to the age of 29. 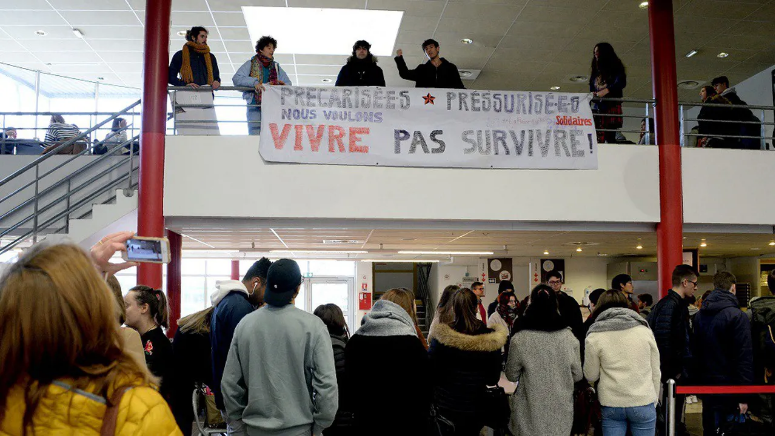 Faced with the increase in precariousness caused by the health crisis due to the Covid-19 epidemic, local authorities are trying to find solutions to protect their most precarious populations, and first and foremost young people. This Monday, the Departmental Council of Gironde thus voted to set up a "form of basic income" for adults aged 18 to 29, including students.

Led by the Socialist Party, the Aquitaine department has released a budget of 820,000 euros to test this device for 18 months. Called "Cap'J Crise", it will be tested from May and will concern 300 to 500 young people selected by traditional structures (health networks, social action, etc.).

They will receive assistance for a period of three to twelve months maximum, amounting to a maximum of 3,000 euros in total. The young people will be monitored by a mentor. "It is a question of responding to the urgency of the precariousness of young people, which has increased, in Gironde as in France," explained to the press the PS president of the department, Jean-Luc Gleyze, who has long campaigned for the introduction of a universal basic income.

According to the Assembly of French Departments, this system, which extends aid to the age of 29, is relatively original. In mid-March, the metropolis of Lyon launched a "youth solidarity income". It plans to help about 2,000 young people in precarious situations for a maximum of two years by paying them 400 euros per month. But unlike the project in Gironde, this initiative is only aimed at 18-24 year olds.

The government is opposed to direct aid

Could such a system be deployed nationwide in the future? It is in any case the request of many associations and some political formations, of which the Socialist Party, since the beginning of the health crisis. But until now, the government has firmly rejected the implementation of a generalized aid, denouncing a "mirage".

At the end of February, the Minister for Integration, Brigitte Klinkert, reminded the deputies once again: "My ambition for young people is not to receive benefits. For the past five years, employment has been our common thread. We want pathways that fully play their role as a springboard. The work must be at the center of the devices", she had affirmed, preferring to defend the plan "a young person, a solution" presented by the executive to help young people to integrate a job market hit hard by the crisis.

Cameroon/Ntic: "Employability and entrepreneurship of young people in the digital age

Congo/Lékoumou: Progress in the social protection of indigenous people

France/Removal of the property tax: what effects on local finances?

Belgium/Parking in Brussels: reform of the system adopted

Reunion Island/ Territorial Attractiveness. The Region launches the co-construction of a territory brand for Reunion