This mobile application is downloadable on Playstore or Appstore to protect women from violence in public spaces. 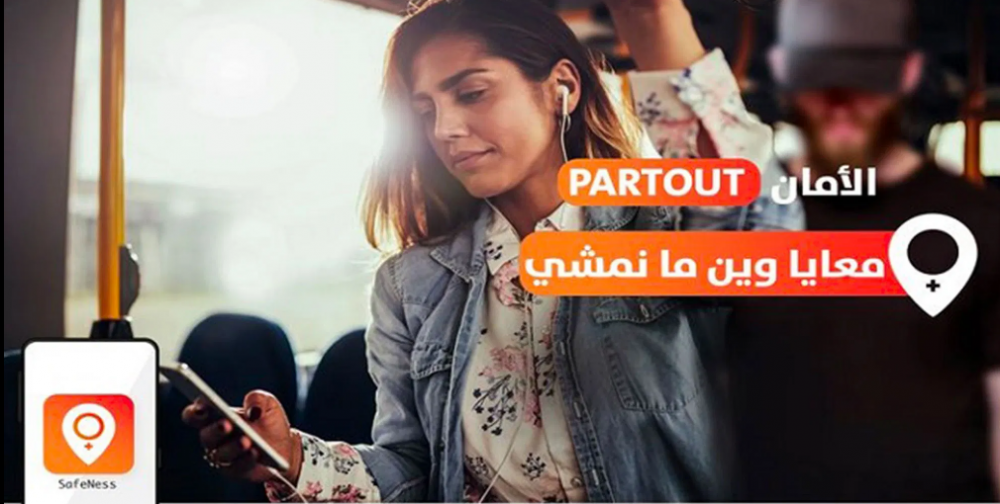 For more information on this new application and on how it works, its usefulness... we contacted Hedia Belhadj Youssef, in charge of the programme to combat violence against women at the Cawtar centre, who said, first of all, that this application has been developed by the Cawtar centre.The application was created by the centre in collaboration with young people and students specialised in the field of new technologies and digital technology, and that the launch of this application is part of the international campaign of the 16 Days of Activism against Gender-based Violence.

"The SafeNess application allows the user to add up to 5 numbers of trusted people, who will receive a notification once "the victim" has chosen to press the red button (at the bottom of the screen), to ask for help in case of danger. When activated, an alert indicating the place and time of the incident will automatically be visible to the five selected people, who will then be able to intervene immediately by going to the scene or contacting the police," she explains.

Ms. Belhadj Youssef also noted that this first version of the application will be improved and developed over time to ensure a better response in case of danger.

She added that the application also allows its user to make a voice recording when an alert is triggered, which will be saved as evidence, should the victim decide to file a complaint. The exact location, time and date of the alert will be automatically saved in her profile (registered on the application).

Those who want to benefit from this (free) service will be invited, after downloading the "SafeNess" application, to register first by adding a nickname, a photo and the phone number.

"SafeNess" is a free, easy and fast application, and it offers a solution for the prevention of sexual harassment and the fight against violence in public spaces. SafeNess is available in Tunisia and Morocco in more than 36 regions..." This is what you can read about the application before downloading it via Playstore or Appstore.