On Tuesday, the government will launch a first call for projects worth 50 million euros for associations, with a view to creating or modernising measures to combat poverty. 10 million French people could be living below the poverty line by the end of the year. 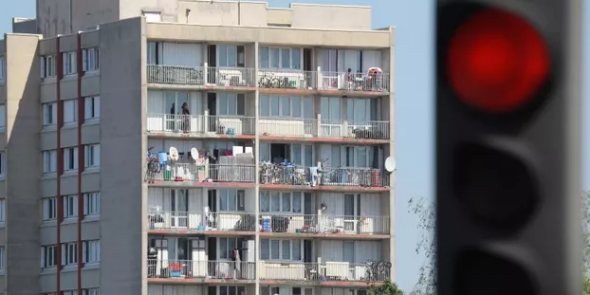 "Solidarity kitchens", structures to fight illiteracy, or shared food warehouses: the government will launch Tuesday a first call for projects with 50 million euros to associations, in order to create or modernize mechanisms to fight poverty.This call for projects, which is part of the recovery plan, aims to "promote innovative services", "modernize systems of access to essential goods".and to "support associations in the modernisation of their structures", explained on Monday at a press briefing the entourage of the Minister for Solidarity, Olivier Véran.

An initial call for €50 million is to be launched this week: associations will have until 15 January to apply, the results will be announced on 23 March, and the funds released in early April. Subsequently, a second call for projects, for an equivalent amount, will be launched in September 2021, for funding in January 2022.The €100 million in total is intended to help the associations to "finance an initial investment in a new project" but will not be sustained beyond 2022, the source added. In the long term, the associations will have to find other sources of funding to take over.

These credits do not replace the subsidies paid each year by the government to the associations and which are not called into question, insisted Olivier Véran's entourage.Concerning the call for projects, two thirds of the overall budget will be allocated at local level, so as "not to be too far removed from the realities of the territories", and taking into account the number of people living below the poverty line in each region. In addition, 10% of the funds will go to the French Overseas Territories, said the interministerial delegate for the fight against poverty, Marine Jeantet.

The funds could be used to finance, for example, services to help reduce energy consumption for precarious families, or digital applications guiding homeless people to services available in their neighbourhood. Or they could be used by associations to modernise their information systems or logistical circuits. This scheme is due to be discussed on Tuesday by Olivier Véran and Prime Minister Jean Castex, who are due to take part in Asnières-sur-Seine (Hauts-de-Seine) in the launch of the 2020 winter campaign of the Restos du Coeur.

Benin/Pèrèrè. The Communal Council of Pèrèrè is holding its first ordinary session for the year 2023 this Tuesday, January 31.

Burkina Faso/Water and Sanitation: The regional thematic group reports on the implementation of the five programs in the Centre-West

France/Castelnau-le-Lez: come and participate in the first citizen forum!