The Moëlan-Lindenfels twinning committee took stock of three years disrupted by the health crisis during its general assembly held on Friday, December 2, 2022, at the MLC. 2023 should be finally a clearing in the fog. 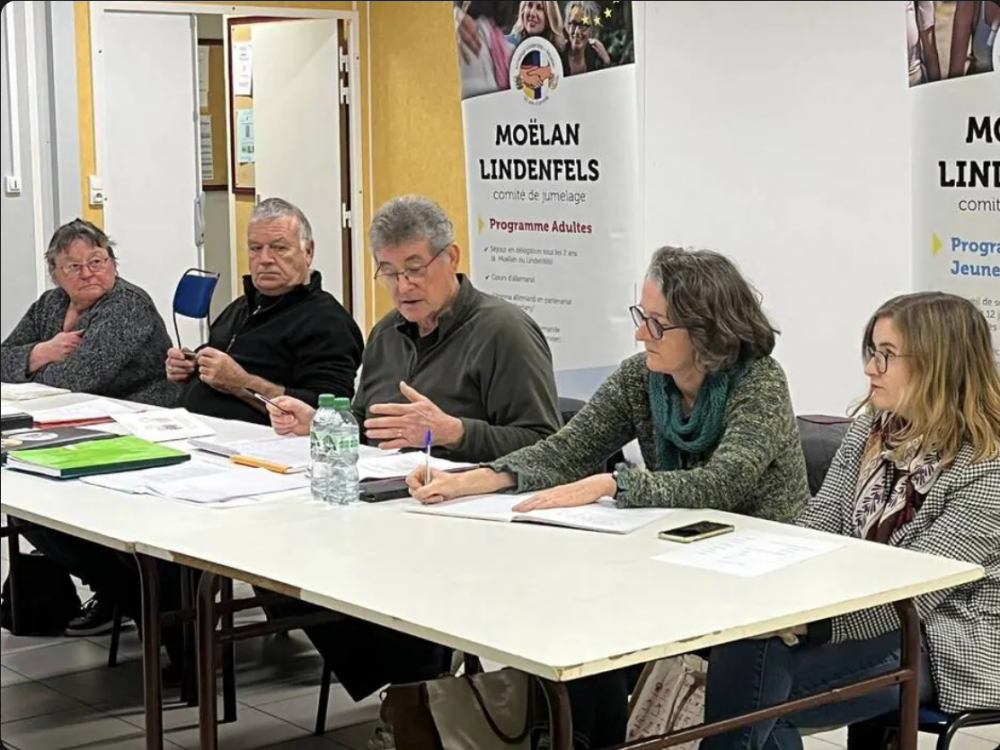 In addition, the committee would like to set up "Stammtisch" evenings or afternoons, in order to bring together Moëlanais and German-speaking neighbors for a convivial time of discussion in this language.

The youth trip will take place at Easter, from April 13 to 23, and the young Germans will be welcomed in Moëlan from July 22 to August1. The official delegation to Lindenfels is planned for May 18 to 21, with travel by bus and accommodation in families. Registrations are open.

The committee will try to reactivate the exchanges between the associations of the two cities. As the youth twinning was working well, we probably neglected the adults a little bit, but there is a lot to do.

For that, we need visibility, and if the twinning is animated by an association of volunteers, it is nevertheless the town hall which has made the twinning official: We therefore expect much more involvement of elected officials towards the twinning by responding positively to our requests, such as the provision of a room, a permanent page in the municipal magazine, a presence at the forum where the young people are therefore among the sports associations and regular exchanges with our twin cities.