In recent months, several communes have launched the process of developing their 4th generation Communal Development Plan. A few communes, such as Cotonou, are in the 3rd generation. 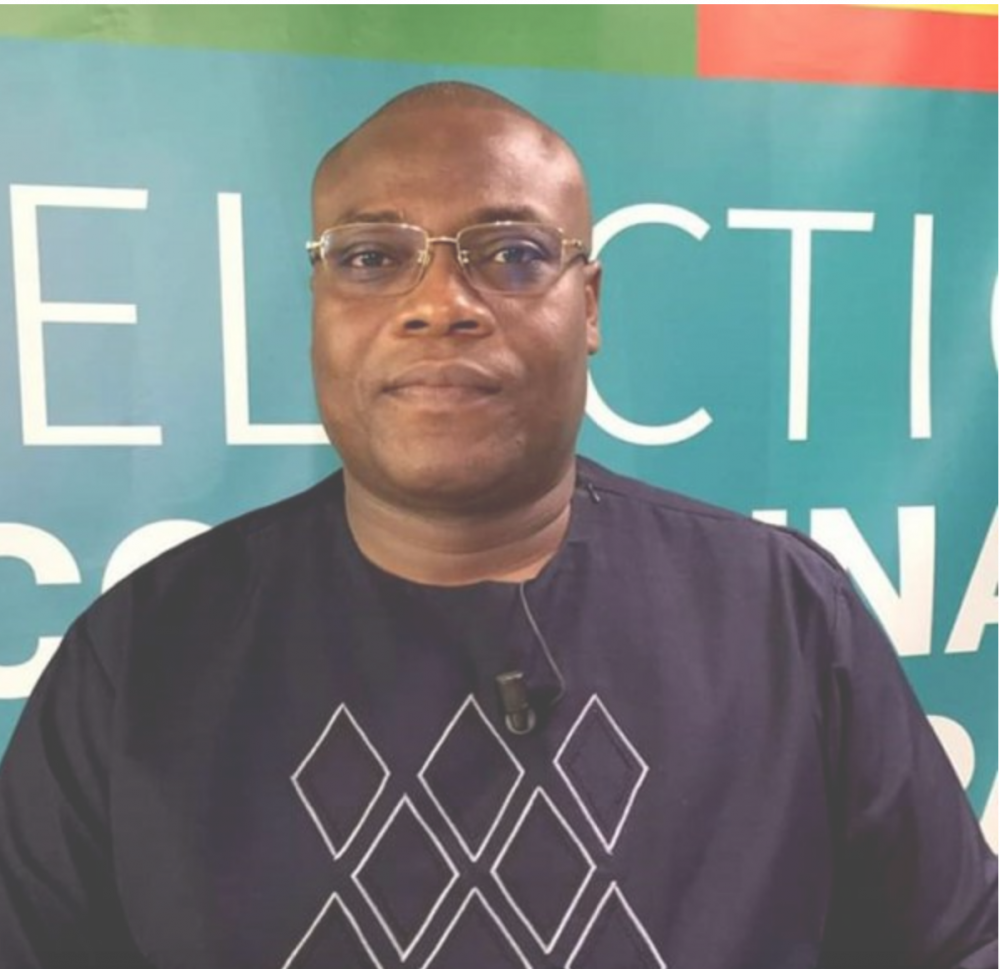 A process that is no different from those that have led to three generations of CFPs, leaving a sense of incompleteness in our communities. The CDPs are not developed on the basis of a theory of change oriented towards the impact of basic social services. The evaluations of the CDPs provide sufficient information on the implementation rates and, above all, on the impact of the actions carried out on the lives of the populations concerned.
The structural reform of the decentralization sector based on a watertight separation of technical and political functions and a promise of increased transfer of human and financial resources to local authorities should lead to a change in methodology in the preparation of CDPs. Moreover, the current reform is essentially aimed at improving the provision of basic social services to the populations of our different territories. One of the guidelines of the reform is: "the establishment of an operational mechanism for relaying public services between the central, communal and infra-communal levels."To achieve the objectives of the reform and one of the challenges of decentralization, which is local development, it is necessary to revisit the way in which CDPs are developed in our communes. It is in this respect that the efforts of the Government are appreciated, through the Ministry of Development which is disseminating planning tools in the 12 departments. This work by the Government aims to provide grassroots actors with a consensual reference framework for the development of Communal Development Plans that take into account the needs of the local population.velopment Plans, taking into account fundamental elements such as the theory of change, cross-cutting themes and the close link between programs and strategic options. As a result, it will allow for the harmonization of guidelines in the elaboration of the 4th generation of the said plans, the process of which is underway.

The need for rigor in local planning
In the fervor of the installation of communes in 2003, the first generation of CDPs was euphoric and very optimistic, often overly so. For example, communes that could not mobilize five hundred million CFA francs in their own resources during the year in which the planning document was drawn up had drawn up PDCs with annual investments of more than one billion CFA francs. And this biased planning continued until the third generation of PDCs. In reality, it is necessary to distinguish the feasible investments of the PDC from the vision of the commune. The vision extends over a 20 to 25 year horizon. It has the right and the duty to be as ambitious as possible. But the projects and programs in the CDP cover five years at most. In order to encourage communes to draw up realistic CDPs, it is important to index the overall cost of implementing planned projects and programs to the commune's investment capacity. This real investment capacity includes resources from all the public-private partnerships envisaged in the CDP, decentralized cooperationThis real investment capacity includes resources from all the public-private partnerships envisaged in the PDC, decentralized cooperation, the amounts of which from previous years will be indicative, transfers from the State in their investment component, and budgetary achievements for investment. The analysis of all these resources, based on previous achievements, makes it possible to determine the commune's capacity to finance its CDP. This capacity can be increased by 20-30% depending on the category of commune when the local authorities undertake to mobilize more of their own resources or when the State undertakes to increase its investment transfers to the communes. Thus, the entire costing of the CDP should reflect this financial reality of the commune. It is true that some of the financial components of a CDP can be found in the operations. But this proportion is very small. The rigor of local planning should therefore be based on the commune's investment capacity. This rigour in planning will give full meaning to the role of arbitration of the commune's elected representatives in the choice of priority projects and their distribution by sub-communal unit. With the budgetary framework, which is one of the most appreciated contributions of the State to the communes, it is easy to determine the investment capacity of the communes over five years, with an increase depending on the case. The inclusion in the CDP of projects that exceed the financial capacity of the commune is a danger to local development. If a commune includes ten projects in its Annual Development Plan (ADP) or Annual Investment Plan (AIP), but can only finance two or three, the priority is no longer determined by the people of the commune. The priority is no longer determined by the population or the elected officials, but by the authorizing officer, who will always focus on the easiest projects to carry out. These projects are not necessarily those that impact the level of basic social services in the commune. Moreover, such a situation distorts the theory of change, which is based on the results, effects and impacts of all projects and programs, depending on the timeframe (short, medium and long term). Rigorous planning makes it possible to maintain internal coherence between projects and programs and their consistency with the purpose of all these public policies at the local level. Thus, priority will be given to the project to set up socio-community infrastructures and facilities that fall within the competence of the commune.

An essential inventory of the level of provision of basic social services in the commune to be compared with the results of the diagnostic phases
Ensuring that the minimum level of all basic social services is met in the country's 77 communes is more of a local than a governmental challenge. On the basis of the evaluation of PDC 3 and the diagnostic workshops, a detailed and precise assessment of the needs of each commune (arrondissement by arrondissement, city district by city district and village by village) must be carried out in order to determine the number of socio-cultural facilities required.The number of socio-community facilities to be built for each basic social service under the jurisdiction of the commune must be determined in order to meet national and international standards for the provision of basic services to the population. For services that fall under the jurisdiction of the State, advocacy and territorial marketing must be put in place. For example, it is necessary to determine the number of classrooms to be built in order to meet national and international standards in this area and to schedule their construction after costing. Thus, the commune has a scorecard of the basic socio-community infrastructure to be built to achieve the level of satisfaction of the population with basic social services. This work should be compared with the expectations expressed by the citizens. The resulting report would allow all the actors in the commune to know the level of public service in the commune and the gap to be filled. It will then be possible to determine the investments to be made in five years on the basis of the commune's financial capacity. This scorecard is public and contains relevant, timely, reliable, comparable and verifiable indicators. It would be really interesting to make a link with the SDGs, a good part of which at the local level will be integrated into the CDP under the heading of basic social services. According to DGCS-ODD figures, Benin will need an average of CFAF 3.3 trillion per year to achieve all of the SDGs within the set timeframe. This average varies from year to year, taking into account certain parameters. The 2018 evaluation gives about 2,200 billion CFA francs. When it comes to the prioritized targets of the SDGs, an average of 1,200 billion CFA francs was needed to achieve the 2018 annual tranche. The State, in an approach of complementarity with the local authorities, would decide to allocate part of the resources mobilized for the SDGs (Eurobond for example) to the communes. The Agenda 2030 is an inclusive program that sets up a global partnership enabling the various actors to play their part in building a world of peace and fulfillment for all populations. The quality of local planning can facilitate the mobilization of additional resources for our communes.

Synergy and support for government actions in the commune
The PDC 4 in all communes must be in synergy with the Government Action Program 2021-2026. Thus, a program must be put in place in the PDC to consolidate the Government's interventions and investments in the commune in order to make the most of them. After having listed the State's public policies, including its projects, investments and various current and future interventions (over 5 years), the commune must define its approach to supporting and consolidating these achievements through dynamic and innovative projects. This component must be carried out in a concerted approach between the commune and the decentralized services of the State in order to have a greater impact and consolidate the establishment of basic social services, but also the local economy. This innovation in local planning will gradually lead the Government to give priority to catalytic investments in the communes. If we take a commune such as Abomey-Calavi, it is essential that it does not develop a program in its CDP to consolidate the many investments made by the State in the commune. The many markets under construction and the asphalt paving program call for consolidation actions by the communes. The same is true for many communes on the agricultural level.

Promotion of the local economy as a goal
The promotion of the local economy must be a priority for the commune. Behind every franc that the commune invests, there must be an economic model or ecosystem. Improving the standard of living of the population depends not only on basic social services (non-monetary development) but also and above all on a local economic environment that provides jobs, markets, purchasing power and happy life prospects. It is therefore an approach that enhances the commune's potential, optimizes the mobilization of local fiscal and non-fiscal resources and supports economic initiatives, particularly those of women, young people and people in a minority situation or living with a disability. The 4th generation CDP must be an instrument for revealing the economy of each territory.

By developing a CDP in this way, each commune will be able to impact its territory and the municipal teams that follow will be able to really weave the new rope with the old. Benin will have a totally different face in the 77 communes within two generations of PDCs. We hope that the PDC 4 will bring a wind of hope and sustainable development to our communes.