Tunisia: opening of the Francophonie Summit on the island of Djerba

The 18th edition of the Francophonie Summit began on the island of Djerba, southeast of Tunisia, with the participation of 31 heads of state and government. 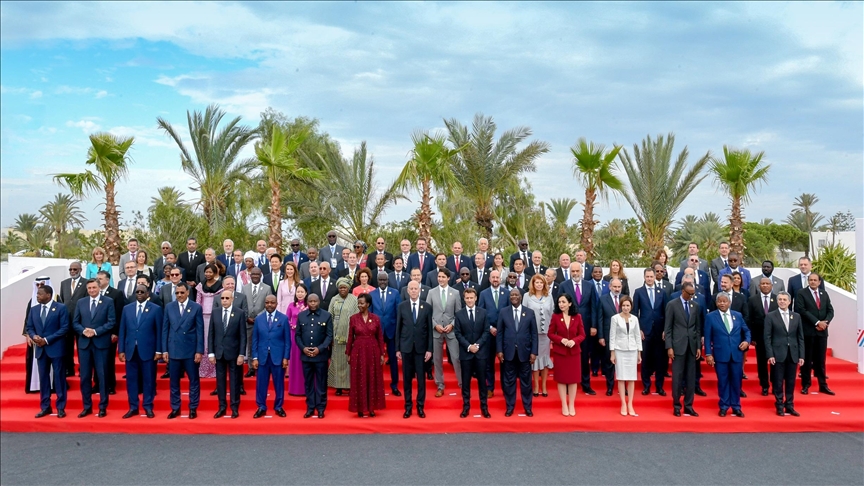 According to the correspondent of Anadolu Agency, the summit opened under the slogan "Communication in the context of diversity: the digital as a tributary of development and solidarity in the Francophone space.

The summit, which is expected to continue until Sunday, will bring together 89 countries, 31 heads of state and government, 5 deputies (prime ministers), as (Prime Ministers), a large number of foreign ministers and ministers in charge of the Francophonie, as well as ambassadors and representatives of international and regional organizations.

Tunisian President Kaïs Saïed said in a speech at the opening of the summit that "we must dream ofa better world for the good of all humanity, a world based on justice, freedom and ideals that we are called to share with all humanity.

"If we succeed in Djerba ... to identify our problems and overcome them, everyone will emerge victorious," added the Tunisian president.

Said also said that "the island of Djerba, not the capital Tunis, was chosen to host this event, for its beauty and to be known in the world as the island of dreams.

He stressed that "the holding of this summit is the result of continuous collective work with a strong desire to organize it in the best conditions and to make it succeed, in order to achieve tangible and concrete results.

"Despite all the obstacles and all the changes, Tunisia has been faithful to its commitments with the holding of this summit," added Said.

The Tunisian president also said that "the holding of the summit took place under difficult circumstances for many reasons, and especially because of the efforts of some to cancel it, in order to organize it elsewhere, but today we meet in Djerba.

The Prime Minister of Armenia, Nikol Pashinyan, who handed over the presidency of the summit to the host country, Tunisia, said that "in the face of multiple crises, we welcome the commitment of Francophones for a world order based on rules that respect the sovereignty of States".

Pashinyan stressed that the world is experiencing an exceptional situation and wars, which have affected energy supplies at the international level.

The 18th Summit of the Francophonie was to be held in Tunisia in November 2021, but it has been postponed for one year, "to allow Tunisia to organize this important meeting in the best conditions", according to two statements issued at the event.According to two statements issued at the time by the International Organization of la Francophonie and the Tunisian Ministry of Foreign Affairs.

Since 1986, the Summit of La Francophonie meets every two years at the level of heads of state and government of French-speaking countries, affiliated to the organization.

The organization whose headquarters is in Paris, brings together 88 countries, and its main missions are focused on the promotion of the French language, cultural and linguistic diversity, peace, democracy, human rights and support for education.