Benin/Safe Spaces: A Framework for the Rebirth and Promotion of Values for Benin's Adolescent Girls

The Minister of Social Affairs and Microfinance was on Monday, September 26, 2022 at the social promotion center of Akpakpa 2, Place Lénine. The objective of this trip was to see for herself the good functioning of the safe space installed at this place within the framework of the implementation of the project of Women's Empowerment and Demographic Dividend in the Sahel (SWEDD) and to appreciate the level of knowledge of the Adolescents and Young Girls of the first cohort admitted in the said center since a few months. 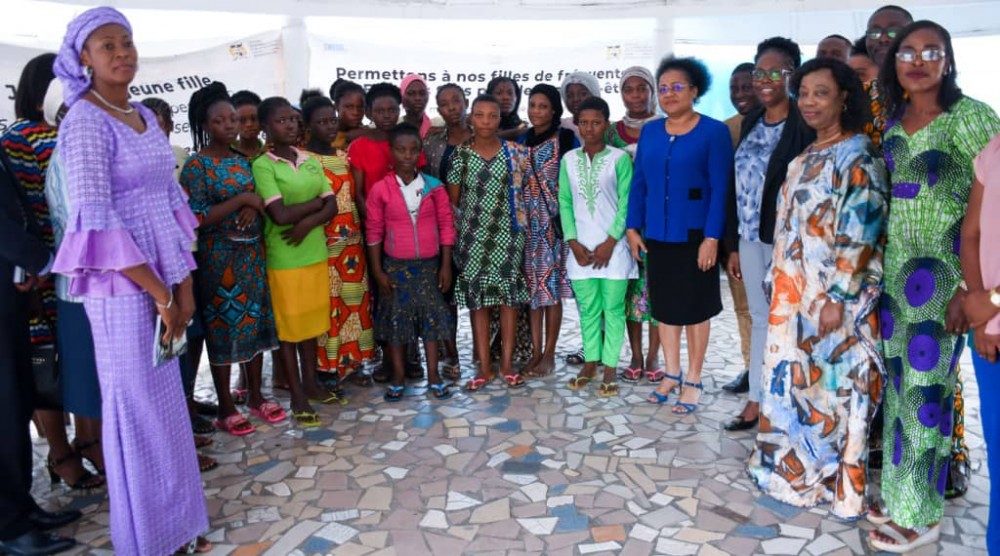 Responsible sexuality; focus on the future, abstinence, dating to avoid; attitudes to adopt so as not to fall prey to men; self-defense against rape; dialogue with men and women; andfense against rape; parent-child dialogue are among the topics discussed by the mentors with the teenage girls of this first cohort during the last months at the safe space of Akpakpa.

The Minister gave advice to these girls and reassured them of the availability of social services to listen to them and accompany them. She invited them not to hesitate to approach the Social Promotion Centers closest to their locality in case of need to receive more information after their training in the safe space.

The safe space is a reception, listening, orientation and training environment where young girls and adolescents are welcomed in order to help them strengthen their knowledge in reproductive health. It is an approach adopted in order to follow closely most of these children who have dropped out of school or who have not had the chance to go to school. It is a kind of second chance that the government is giving them through the SWEDD project. In Benin, 770 centers called safe spaces, at a rate of 10 per municipality are planned to be set up for this target project.

Through the support given to these girls in the safe spaces, the Ministry of Social Affairs and Microfinance wants to work so that the notion of responsible parenthood will no longer be an empty expression in the country.

In the safe spaces, the adolescents and young people are supervised by mentors considered as coaches or second mothers who develop a very close relationship with the children. They deal with sensitive subjects (sexuality for example) that are not necessarily and usually easy to talk about with teenagers.

For the Minister, through this initiative, "Benin must be counted among the countries where the prevalence rate of family planning among women is improved and the statistics related to early pregnancy and forced marriage among adolescents and young girls are considerably reduced. The first safe space was put into service on Tuesday, April 12, 2022 at the Social Promotion Center of Pobè.

At the Minister's side during this visit were her Director of Cabinet and other Cabinet members as well as the SWEDD Benin Project Coordinator and officials of the NGO CPADES.