According to a new approach presented by the European Commission on Wednesday (June 22), trade agreements should pay more attention to sustainable development issues and, if necessary, be accompanied by sanctions. 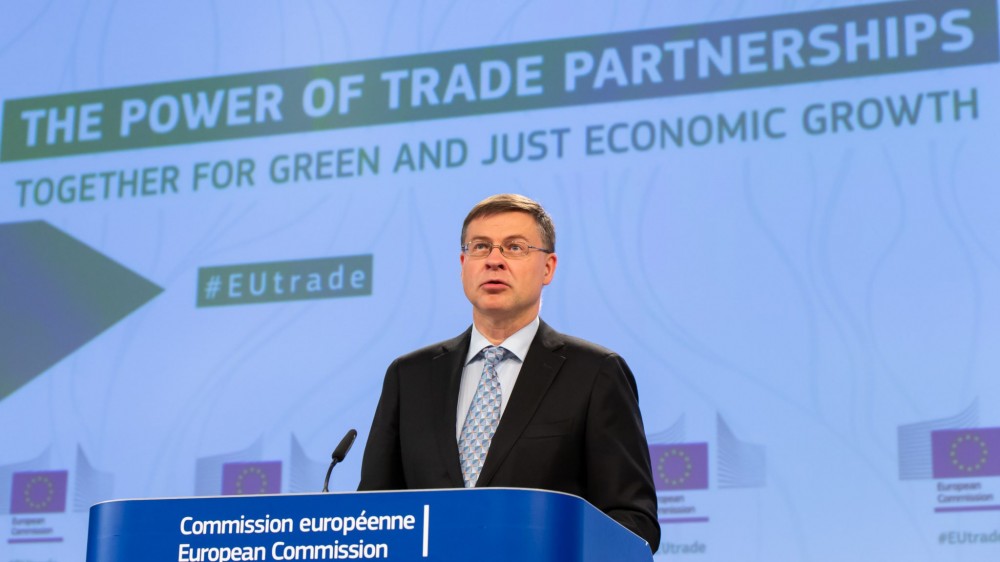 Although current EU trade agreements already include chapters on trade and sustainable development (TSD), they generally lack an implementation mechanism. The European Commission now wants to extend the state-to-state dispute settlement mechanisms of trade agreements to the CSD chapters.

"We need to make sure that sustainability commitments do not just remain on paper, but actually materialize on the ground," he said.

In the CDD chapters, trading partners commit to internationally recognized environmental and social standards, such as the Paris Climate Agreement and the International Labour Organization's (ILO) core labor principles, but they can also include commitments specifically tailored to the trading partner's situation.

While the newly negotiated CDD chapters will in future form the basis of a dispute settlement mechanism, this does not guarantee their implementation.

Therefore, in addition to the dispute settlement mechanism, the European Commission wants to introduce the possibility of applying trade sanctions to trading partners that materially violate the Paris Climate Agreement or the core principles of the ILO.

However, Dombrovskis said that collaboration with the EU's trading partners remains a "guiding principle."

"Only as a last resort, in case of gross and persistent violations of core provisions on CDD, would we apply sanctions following the dispute settlement procedure," he said.

A greater role for civil society

Wednesday's announcement by the European Commission is also a step in the direction of civil society organizations, for example by giving them the possibility to file complaints against violations of sustainability commitments.

Green MEP Saskia Bricmont welcomed the Commission's announcement as "a step in the right direction". However, she regretted that human rights were not explicitly mentioned and that the Paris Climate Agreement and the ILO's fundamental principles were not explicitly defined as taking precedence over commercial considerations.

The FTA negotiations with India, which are about to begin, will be the first real test of whether trading partners are willing to accept such measures.

Tunisia / Local authorities under the microscope: The town of Touza persists and signs

Belgium/Gender clinic expected in Brussels in 2023

France/Concarneau. The new impulse of the twinning committee

Morocco/Water Governance: In Casablanca, a new strategy is in effect

France/Couffé. With the twinning, some Couffé's people went to Germany