With its outdoor shows Mon quartier sur scène on Mondays and La grande scène on Wednesdays during the summer, from June 27 to August 17, the City of Sorel-Tracy's Service des loisirs continues its tradition of animating the four corners of the municipality. 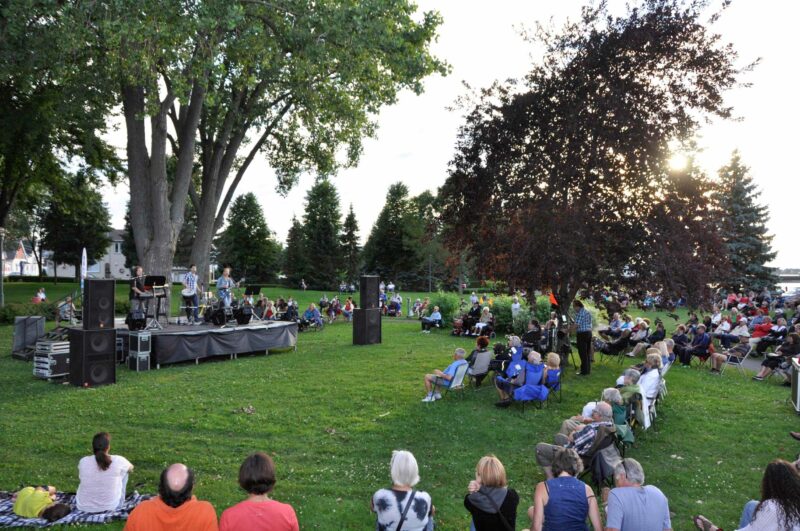 "Without counting the pandemic, we reach an average of 150 people on Mondays in the neighbourhoods and 300 people on Wednesdays on the big stages. We have regulars who go from park to park, but also people from the neighbourhood who come together," says Julie Gauthier-Lafond, the City's cultural development manager.

A new feature this year: some musical evenings will be preceded by a happy hour in a relaxed atmosphere that will allow neighbors to socialize thanks to the presence of the Vagabond vehicle.

Once again this summer, the artists chosen (see table) are mostly from the Sorel-Tracy region, but also from outside. "The goal is to play our artists, but also to discover others. The objective is to make culture accessible to citizens," says Ms. Gauthier-Lafond.

Among the other outdoor shows to look out for, the Jardins animés are back behind the Maison des gouverneurs on Saturday mornings, from July 16 to August 13.

Finally, the City of Sorel-Tracy is offering the play "Tom Sawyer" in an outdoor format on Friday, August 12, at 6:30 p.m. in the Royal Square and on Saturday, August 13, at 6:30 p.m. in Maisouna Park. The Arrière Scène will present the play. Sorel's Jean-François Guilbault is the artistic director of this theater group for young audiences from Beloeil.

Monday, August 8th : Béatrice Turcotte, at the intersection of Paradis and Mgr-Desranleau streets