The prefecture of Hay Hassani district organized Wednesday, a day of communication, on the occasion of the commemoration of the 17th anniversary of the launch of the National Initiative for Human Development (INDH), under the sign "Phase III of the INDH: a renewed approach for the inclusion of youth". 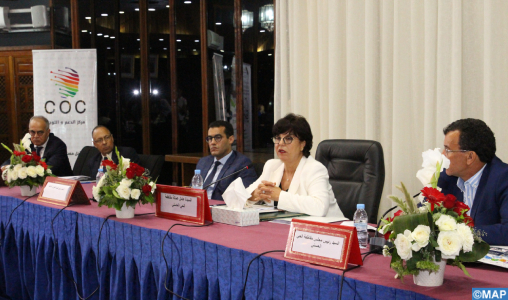 During this day, particular emphasis was placed on the importance of the convergence of the actions of the various actors involved for a better integration of young people from Hay Hassani.

In a speech on this occasion, the governor of the prefecture of Hay Hassani, Khadija Benchouikh, said that "the site of the INDH has reached important milestones and has createds involvement and mobilization of all actors of Moroccan society, and their effective participation in the implementation of local development programs.

The president of the prefectural committee of human development (CPDH) within the Hay Hassani district prefecture stressed that the third phase of the INDH (2019-2023), launched by His Majesty King Mohammed VI, has put forward the need to reorientate thecessity of reorienting programs to promote human capital of the rising generations and launch a new generation of income-generating initiatives and employment opportunities for youth in particular.

"To this end, it was proceeded to the creation of the platform of young people Oum Rabii at the level of the district prefecture of Hay Hassani, which is a space intended to accommodate the youth of this prefecture, to listen and to facilitate the process of guidance and support.fecture, to listen and direct them to specialists in the field of technical support to help them create their own business or integrate them into the labor market.

She also noted that this space is a consolidation and a starting point for the implementation of this innovative approach of the INDH, in accordance with the recommendations of the special committee on the new development model.

For his part, the head of division of social action at the prefecture, Youssef Belabbas, said that the platform of youth Oum Rabii was inaugurated on 20 Feb.vrier 2020, and is the benchmark for young people who benefit, according to their needs, training, financial support for their projects, in addition to technical support.

In a statement to M24, the continuous news channel of MAP, Mr. Belabbas said that this platform will be the first of its kind in Morocco. Belabbas said that this platform has received so far about 900 young people from the territory of the district prefecture Hay Hassani and has helped finance 9 innovative projects in entrepreneurship (4 projects completed and 5 projects under development).cut and 5 projects in progress), duly selected by the Prefectural Committee for Economic Development (CPDE), as the competent governing body, and validated by the CPDH.

On this occasion, the association Sketch Art presented a pilot project for training young people in the field of "graphic design" and "motion design", which benefits 30 young people within the youth platform Oum Rabii.

Four successful projects were also presented by young beneficiaries of funding from the INDH and symbolic prizes were awarded to these young people who have distinguished themselves by innovative, responsible and sustainable projects.