France/Presidential: the first bot on WhatsApp that helps to correctly register to vote

It's a chatbot on WhatsApp, launched this Tuesday, January 11, at the initiative of the NGO defending civil rights and democratic progress A Voté, in partnership with Meta France. Objective: to fight against the non-registration and misregistration of young people on the electoral rolls, in the run-up to the presidential and legislative elections. 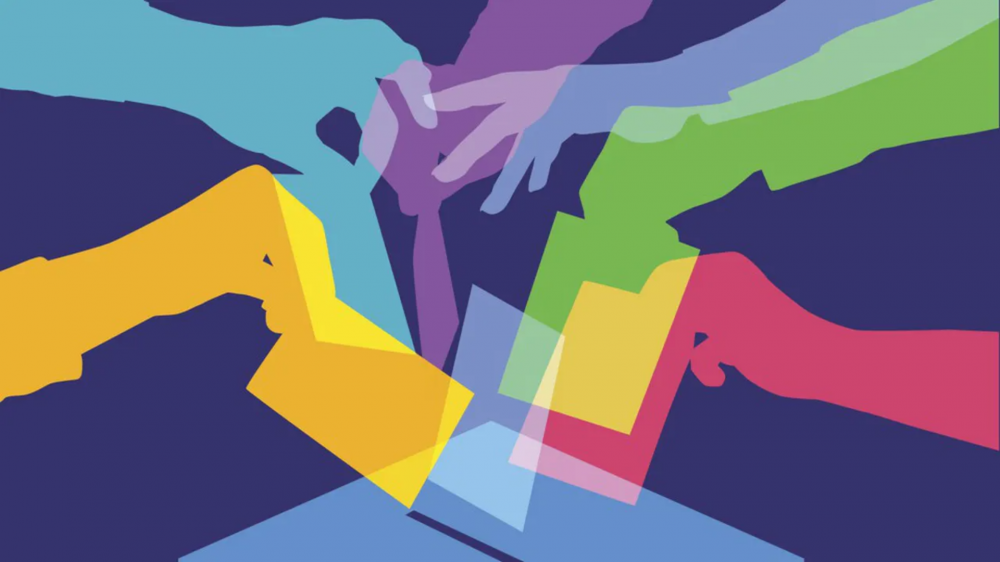 How do I know if I am registered to vote? Where should I register? Until when can I do it, and how? Starting this Tuesday, January 11, every citizen will have answers to these questions thanks to the new chatbot launched on WhatsApp at the initiative of the civic engagement association A Voté, in partnership with Meta France (parent company of Facebook, Whatsapp, Instagram ...).

The principle: to encourage young people to register on the electoral rolls or to update their registration. The goal: to get them to vote in the presidential elections on April 10 and 24, then in the legislative elections scheduled for June 12 and 19.

The stakes are high. Among 18-29 year olds, less than two out of ten registered voters voted in all rounds of the 2017 presidential and legislative elections, according to a study by Insee. This massive abstention would be explained in part by the "misregistration" of young people on the electoral rolls (related to regular moves, studies far from the parents' home ...)

According to the authors of the research article "Sociologie de la mal-inscription et de ses conséquences sur la participation électorale" (Sociology of poor registration and its consequences on electoral participation ), published in the Revue française de sociologie, being poorly registered increases the risk of not going to the polls threefold.

According to a recent Ifop poll for the "Journal du Dimanche", more than half of the 18-30 year olds plan not to go and vote in the April 2022 presidential election. For Flore Blondel-Goupil and Dorian Dreuil, co-presidents of A Voté, it was urgent to act. Using WhatsApp, one of the most popular messaging services among young people, the NGO that campaigns for youth electoral participation is determined to "use digital technology to serve democracy.

"This initiative is an opportunity to respond to the misregistration of 7 million voters, a real democratic bug in France and to accompany voters on their way to the polls," explained the founders of the association in a statement.

The chatbot proposes a series of quick questions to check that the voter is correctly registered on the electoral lists, that he has not been removed from them since the last elections. After inquiring about the country of residence, the chatbot asks about the department and the electoral situation of the user.

If the situation is not up to date, it suggests the appropriate way to correct the problem, by redirecting to the dedicated pages of the official website of the French administration www.service-public.fr. 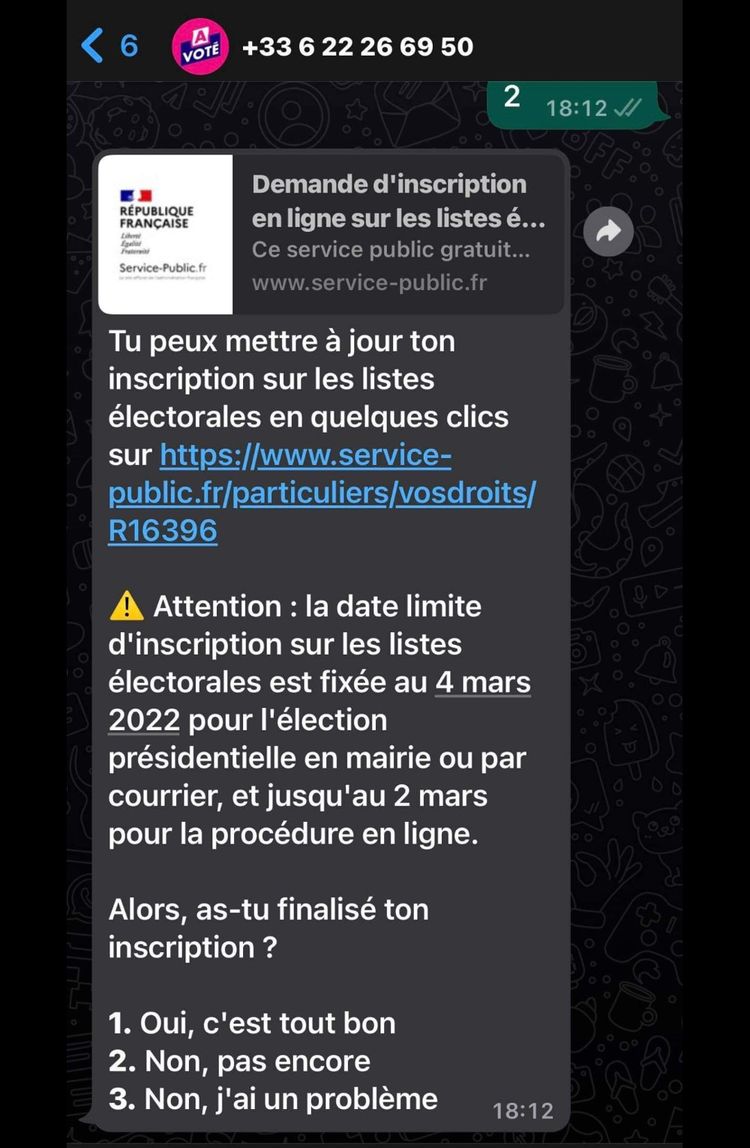 All key dates of upcoming elections are available on the chatbot. It is even possible to receive notifications when these dates are approaching.

To succeed, the association has partnered with "Ouest-France" and "20 Minutes", which are committed to highlighting the chatbot in their election coverage sections.