Burkina Faso: Awareness of the "destabilizing" consequences of certain publications on social networks

The conference room of the Economic and Social Council (CES) hosted, on Tuesday, January 11, 2022, an awareness and information workshop on the consequences of destabilizing publications on social networks. 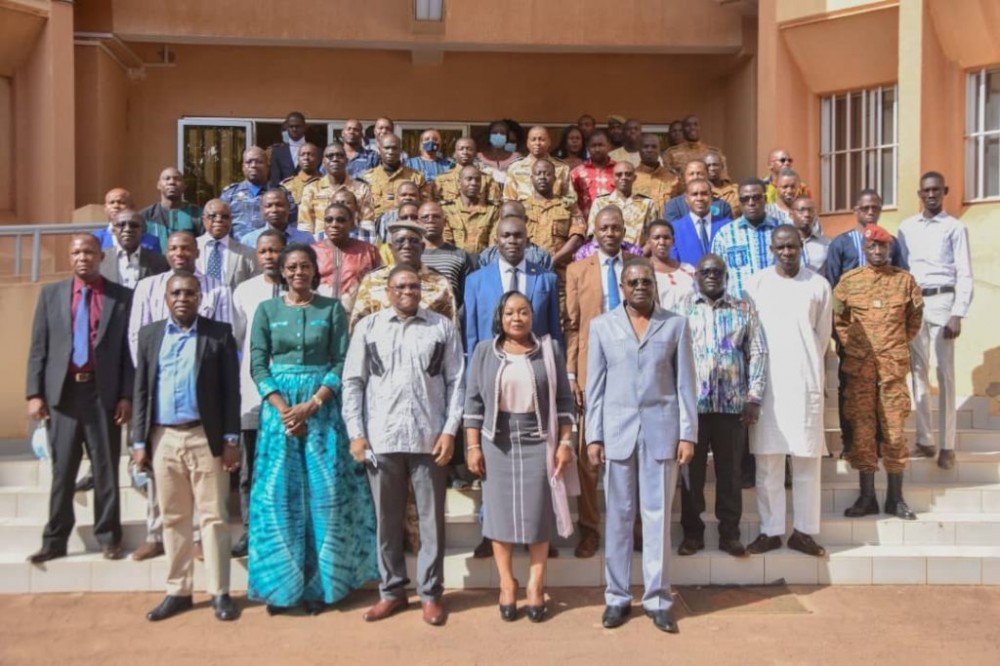 The opening ceremony chaired by the Minister of Territorial Administration, Decentralization and Security, Maxime Lomboza Koné, was attended by several ministers: Minister of the Armed Forces and Veterans, Minister of Justice, Human Rights and Civic Promotion, Keeper of the Seals, Minister of Digital Transition, Posts and Electronic Communications and Minister of Communication, Relations with Parliament, Culture, Arts and Tourism.

The main objective of this workshop is to inform and sensitize public and private actors on the unfortunate consequences of certain publications on social networks or any other means of communication accessible to the public.

The Minister of Armed Forces and Veterans, General Aimé Barthélemy Simporé, in his speech, stressed that terrorism is essentially a threat that acts on the register of perceptions. "Without communication, terrorism is nothing," he said.

For him, if terrorism manages to have an impact, it is mainly because of this communication component. The Minister of Armed Forces revealed that the experience shared with the countries that have defeated terrorism shows that if we want to win this war, we must manage to modify the field of perception through communication.

Faced with this unprecedented security crisis," he continued, " we must do everything possible to keep the hope of the people on a better tomorrow. That is why, according to Maxime Lomboza Koné, it is essential to continue to support the FDS and the VDP so that they advance and win victories every day.

"It is through our support to these efforts that we will bring back the displaced populations to their territories and reinstall our administrations, which are essential to the resumption of normal life throughout our country," he said.

And the minister recalled that the National Assembly has adopted Law No. 044-2019/AN amending Law No. 025-2018/AN of May 31, 2018 on the criminal code. This new law punishes the authors of false publications, especially on social networks.

However, he suggested, this new text is not well known to legal practitioners and operational SDF, let alone the population. " It is therefore advisable to make sure that our first collaborators are aware of this instrument. Their good knowledge could allow us to fight more effectively against destabilizing publications of our SDF and populations in the fight against terrorism ," he said.

In the opinion of Minister Maxime Koné, while the feeling of insecurity may be legitimate in some localities, "we must ensure that each of us understands and measures his responsibility in the dissemination and sharing of certain information that can serve the cause of the evil forces that attack us.

These types of publications, for him, have a devastating effect on the morale of the fighting troops on the ground and sow psychosis and despair among the population. Before closing his remarks, Maxime Lomboza KONE thanked his fellow ministers who spared no effort to take part in this meeting of major interest.

He also hoped that strong recommendations would emerge from this workshop to better frame actions to fight against insecurity in its many forms.