The first edition of the Energy and Sustainable Development Exhibition (SEDD) took place on Friday 15 and Saturday 16 October 2021 at the Radisson Blu Hotel in Abidjan, under the theme: "Innovation at the service of Energy to improve the living conditions of the people". 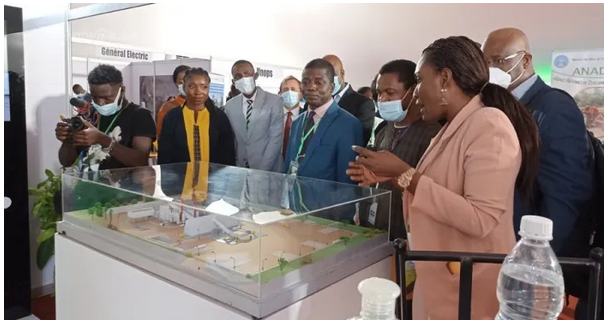 Organized by "Light On", the Energy and Sustainable Development Fair (ESDF) is an African youth initiative that promotes entrepreneurship in Africa. The 2021 edition of the SEDD aimed to promote excellence and local know-how in the field of energy, through innovative solutions and gender promotion. The SEDD brought together in Abidjan key players in the energy sector who shared their experiences and sensitized the population on good energy saving techniques. These actors also informed the population on the initiatives of the State to facilitate access to energy.

The technical adviser of the Minister of Mines, Energy and Water of Mali, Moussa Ombotimbé took part in the meeting. He stressed, on this occasion, the need to use innovation to meet the growing energy needs of populations and support the economic and sustainable development of African States. Noting that the SEDD 2021 is coupled with the second edition of the Malian Renewable Energy Week (SemR2) organized with the assistance of the African Development Bank (ADB) and the African Union (AU), Mr. Kaberuka said that the SEDD 2021 was a major event in the region.He listed the actions taken in his country to diversify energy sources. Indeed, Mali has decided to intensify renewable, clean and low-carbon energy projects. The legislative and regulatory framework has also been adapted to ensure better access to renewable energy with the tax exemption of solar equipment.

At the opening of the exhibition, Grace Gome Kpan, president of the association Light On, thanked all participants, especially partners and sponsors who believed in the project of a young and ambitious team. Speaking on one of the issues of the show, she noted the complexity of the issue of access to energy in Africa. "Some approach the issue from an economic angle, others from a political angle or even from an environmental angle. I have always seen it from a human angle. Indeed, if we place man at the center of policies, we will be obliged to think, in reasonable parts, of the economy, politics and the environment," she said, before lifting a corner of the veil on the ambitions of her association: " Here at Light On, we thought that creating local champions in the various socio-economic fabrics of our countries would be a nice response to major problems encountered such as the lack of access to electricity. Our mission is to hold the hands of young Africans who would like to position themselves as actors of change in the continent.