France/The CCI promotes the territory and its know-how

Conference by the essayist David Djaïz, creation of the association "Entreprises du patrimoine vivant en BFC" (Living Heritage Companies in BFC) and an exhibition on the richness and plurality of the know-how of the region's players, are in the spotlight this Tuesday from 7pm onwards on the occasion of the return of Open Business at the Doubs CCI. 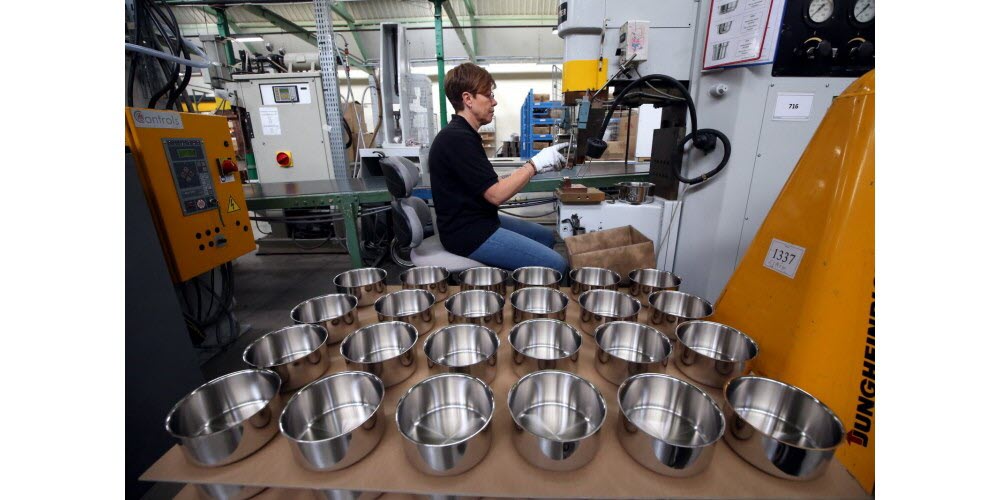 Since "Slow démocratie en 2019", which made him known, the media have been courting David Djaïz, a thirty-year-old graduate of the Ecole Normale Supérieure and enarque, with a certain talent for putting into words the ills that are afflicting our country and the planet. And a few months before the presidential election, this professor at the Institut d'études politiques de Paris has just added to the debate "(his) new French model (1)". This essay, which he sees as "a contribution to the general interest", has already been hailed as "a success". has already become "one of the best-selling books in this category". Christine-Noëlle Baudin, President of the Doubs Chamber of Commerce and Industry, was quick to point out that she was very proud to have put the intellectual on theIn his book, the author describes the " Open Business" as a "meeting place for the economy", which was born in 2016, on the occasion of its return to the forefront after a withdrawal linked to the health crisis.

A conference intended "for all the companies of the Doubs, with the aim of informing them and exchanging on the economic stakes that we must first identify in order to be able to meet them". But also to those who may be interested, such as students, whom the CCI has decided to reach by broadcasting the event live on the Twitch platform. A moment that will be "the only Open Business of the year 2021", as the elections to the chamber are coming up and should give birth to the future CCI Saône-et-Doubs.

These "reunions" should "encourage conviviality and networking, the real DNA of these Open Businesses" but also "recreate social links" insisted the president. Not without hammering home the importance of this local economic fabric: "Remember, the Granvelle 2020 days already raised the question of a marriage of reason between the local economy and the globalized economy. This economy is also our reason for being. It is therefore our commitment to ensure the promotion of our territories and our local know-how with high added value."These are the same ones that have proven" over the last eighteen months "that they are more resistant to the health crisis", as Anne Vignot, President of the French Association of Agriculture, pointed out.Anne Vignot, President of Grand-Besançon Métropole, a partner in the operation and a request for "regular exchanges with these players", underlined.

"Going after the consumer on the made in France ".

The first president of the EPV association, Édouard Dumas, 5th generation at the head of the eponymous company based in Tonnerre in the Yonne region, which produces 2.5 million pillows, 200,000 duvets and 20,000 mattresses, and a champion of Made in France, will not say anything else.He said he was convinced, beyond the marketing dimension of the tool, "of the importance of being able to get together, to get to know each other, to be enriched by meetings between company directors with unique know-how and skills in order to have an impact". All this "at a time when the health crisis has opened up access to our products to a new generation of consumers".

An exhibition of products manufactured by these companies will be on display until 16 November in the Great Hall of the Doubs Chamber of Commerce and Industry, which will be opened on this occasion.