Chad: Cleaning and reprofiling of dykes launched in Bol

SODELAC has started the cleaning of the main drain and the reprofiling of the crests of the Mamdi polder dikes. 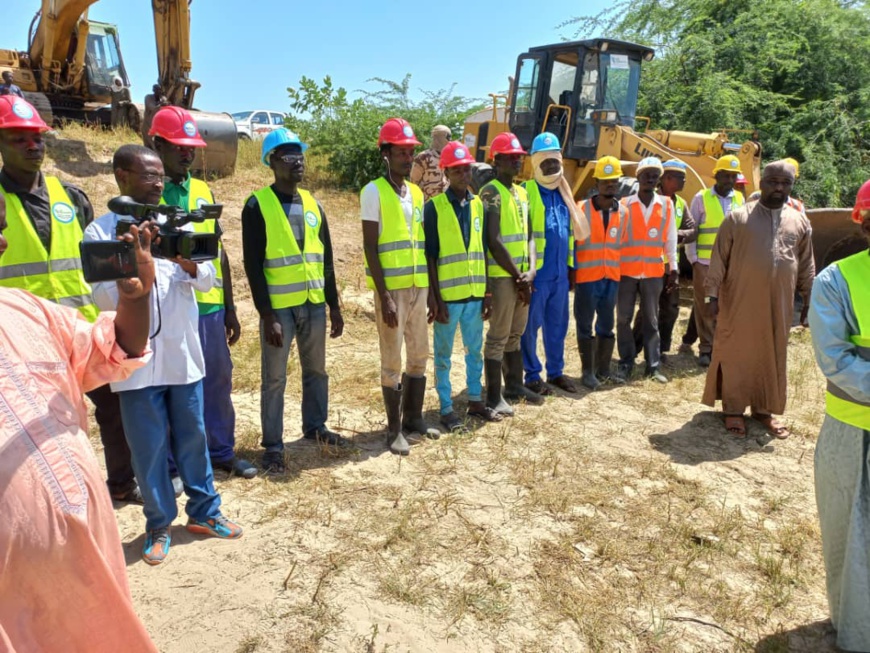 Since 2016, the main drain of Mamdi, 17 km long, has not been cleaned and a vegetal biomass has blocked the water passage. As a result, the salinization of the soil reduces the cultivable areas and the flooding of the polder by the spillage of the main drain in the plots.

In order to consolidate the achievements of the developed polders of Bol, the government, through SODELAC, has released funds for the cleaning and reprofiling of the crests of the dikes of the Mamdi polder.

Presenting the Mamdi polder and the works to be carried out, the technical director of SODELAC, Abakar Mahamat Kaila, underlined that the Mamdi polder, whose construction works started in 1998 and ended in 2004, covers an area of 1,800 hectares gross and 1,600 hectares net. This polder has five irrigation stations and a drainage station.

For the Director General of SODELAC, Abdelkerim Adam Koulbou, these actions aim at maintaining and improving productivity by rehabilitating the irrigation and drainage networks of the developed areas.

In his speech at the launching of the works, the governor of the Lake province, Mahamat Fadoul Mackaye, launched a vibrant appeal to the producers, men and women, exploiting the agricultural plots in the Mamdi polder in order to ensure the sustainability of the achievements in the perspective of a sustainable exploitation.

The presentation of the BTP company solicited for the implementation of the work by its general manager Issakha Maouloud and the guided tour of the pumping station ended the ceremony.