The city of Agadir hosted Tuesday and Wednesday the National Meeting on the territorialization of migration policies at the level of the Souss-Massa Region, which was a good opportunity to present the various projects launched by the region to integrate migration in the local development process. 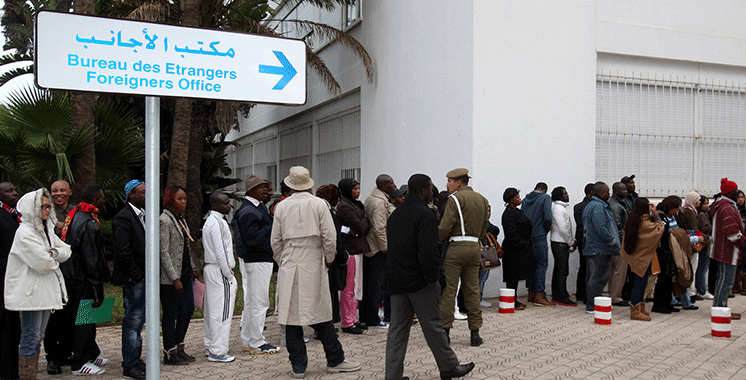 He continued that "these strategies (have) come as a response to the new position of Morocco as a country of transit and reception and have allowed the integration of a significant number of migrants through regularization operations. Today, the migration issue is no longer a national matter but a territorial one. Indeed, the Souss-Massa region has taken part in the dynamics initiated at the national level for the deployment of the two national strategies of migration on its territory. In this sense, a set of measures and decisions have been taken including: the integration of migration in the previous RDP as one of the 25 priority projects of this regional strategy. The launch of a study on the strategic vision in the field of migration in the Souss-Massa, in partnership with the University Ibn Zohr, which also includes a design for the creation of a regional center for guidance and support of migrants.

In addition, a framework agreement was signed with the Ministry in charge of migration and the wilaya of the Souss-Massa region for the territorialization of the two National Strategies of Immigration and Asylum and the National Strategy for MREs at the regional level. On the basis of this agreement, several international cooperation projects have been launched under the guidance and coordination of the region, namely The Project Deployment of Migration Policies at the Regional Level (DEPOMI), funded by the EU and implemented by the Belgian Development Agency (Enabel), which accompanies the regional council on the issue of migration, its governance and its integration into territorial planning. A network of economic ambassadors is also being created with the IRC for the mobilization of Moroccans of the World to contribute to the economic development of the SM region.

As well as the Regional Program of policies and initiatives for Moroccans living abroad and migrants financed by AFD and implemented by Expertise France for a period of 4 years (2020-2024), and which aims to accompany the Ministry in the process of setting up the regionalization of the policy towards Moroccans residing abroad and migrants in three regions, including our region of Souss-Massa, and the regions of Beni Mellal, Beni Mellal and Moussa.gions of Beni Mellal-Khenifra and Oriental, notably through the support and financing of projects related to migration issues. Other projects are being implemented in the Souss-Massa region, including with the IOM through a concrete action plan under the project "Mainstreaming" in its third phase of the IOM-UNDP, and the Indimaj II project.