Growing instability in the drylands of the African continent, fueled by deep poverty, threatens the livelihoods of millions of people. It is driving increasing migration within the Sahel and partly to Europe, and threatening the survival of some countries. 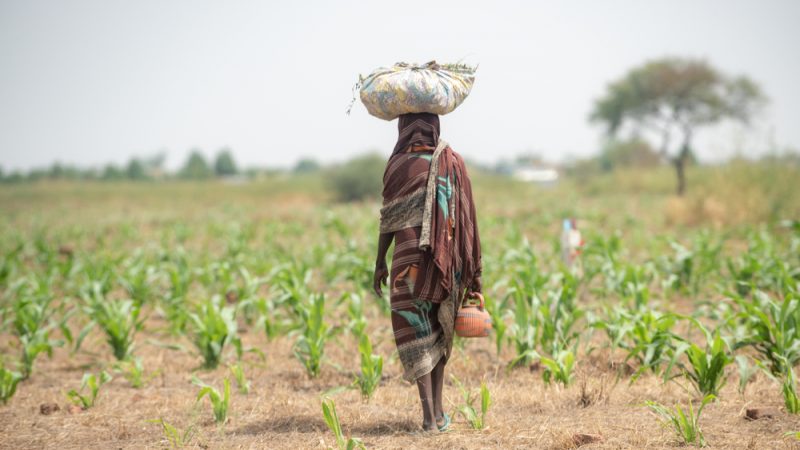 Over the past year, the various coups d'état that have hit the Sahel have sent an increasingly strong signal of crisis. Recently, these were condemned at the 35ᵉ Ordinary Session of the Assembly of Heads of State and Government of the African Union.

Ten years after the fall of Libyan President Gaddafi, Sahelian governments face an uneven struggle against violent insurgents. Military collaboration has been strained and administrative institutions have been weakened.

The immense effort in blood and money by the region's armies and their Western partners to quell insurgencies will not end unless broad-based development and responsible governments address the fundamental problems.

There is an urgent need to understand and address the combination of socio-economic and environmental challenges in the Sahel. To do this, restoring and sustaining the land on which farmers and herders seek to make a living is a priority. Across the region, incomes for farmers and herders remain among the lowest in the world and younger generations are increasingly leaving rural areas.

While the Sahel has seen significant improvements in health and education, progress on the Sustainable Development Goals (SDGs) has been uneven across the region. Low yields have been exacerbated by uncertain land rights and access to natural resources, and environmental pressures are exacerbated by the climate crisis. Agroforestry and agroecology can help build resilient crop and livestock production in these regions.

One year ago, in January 2021, a significant number of major bilateral and multilateral donors pledged €14 billion to support the Great Green Wall (GGW) project at the "One Planet Summit" hosted by President Macron. With these financial resources, the GGW project could spur a profound transformation of the region.

After being developed as a project to plant millions of trees on the edge of the Sahara, the GGW is now taking a thoughtful, mosaic approach that is adapted to the local context and recognizes the importance of human knowledge and expertise. With financial capacity and a more integrated approach, GGW could become fully transformative for the region and contribute to the rapid development of local initiatives.

Many countries in the region have begun to recognize the importance of regenerating their severely degraded lands, particularly as part of their Nationally Determined Contributions (NDCs) as agreed to in the 2015 Paris Climate Agreement. Some countries, such as Niger, have gone much further and have begun to clarify land and tree rights, thereby contributing to land restoration efforts.

Looking ahead to the AU-EU summit on February 17-18 and this critical year for strengthening Africa-Europe relations, our challenge in 2022 is to sustain this important financial commitment to GGW for the greatest good, by developing appropriate policies, building capacity, and supporting the implementation of the GGW.The challenge for us in 2022 is to support this important financial commitment to GGW to do the most good, by developing appropriate policies, encouraging initiatives at multiple scales, and supporting concrete actions to restore Sahelian landscapes and their productivity.

This process allows for a virtuous circle of development: farmers and herders feel confident enough to invest in their land and farms and to grow new crops. This generates employment in the agricultural sector and beyond, encouraging young people to stay with their communities and help them develop.

Along with the hard work of farmers and local people, governments must also invest in public infrastructure, roads and better telecom coverage, as well as essential health and education services. In contrast to the very mixed impact of large-scale agricultural investments in the region, the benefits of these institutional, technical, and economic investments in local communities are often far more positive.

Sahelian governments must demonstrate to their populations that they are able to listen, learn, and support local priorities. Now is the time to revitalize the land, pastures and landscapes and contribute to the livelihoods of Sahelian countries. In this context, strategic partners, including the European Union, must demonstrate that they can mobilize to support a collective action agenda to put the Sahel on the path to prosperity.