They often met in France during their studies and chose to "return" to their roots... to Africa, our land. The land of our ancestors. In the diaspora, there is René Maran, administrator in Oubangui-Charri and at the same time writer. In 1921 he won the first Goncourt prize in France with his novel Batouala. 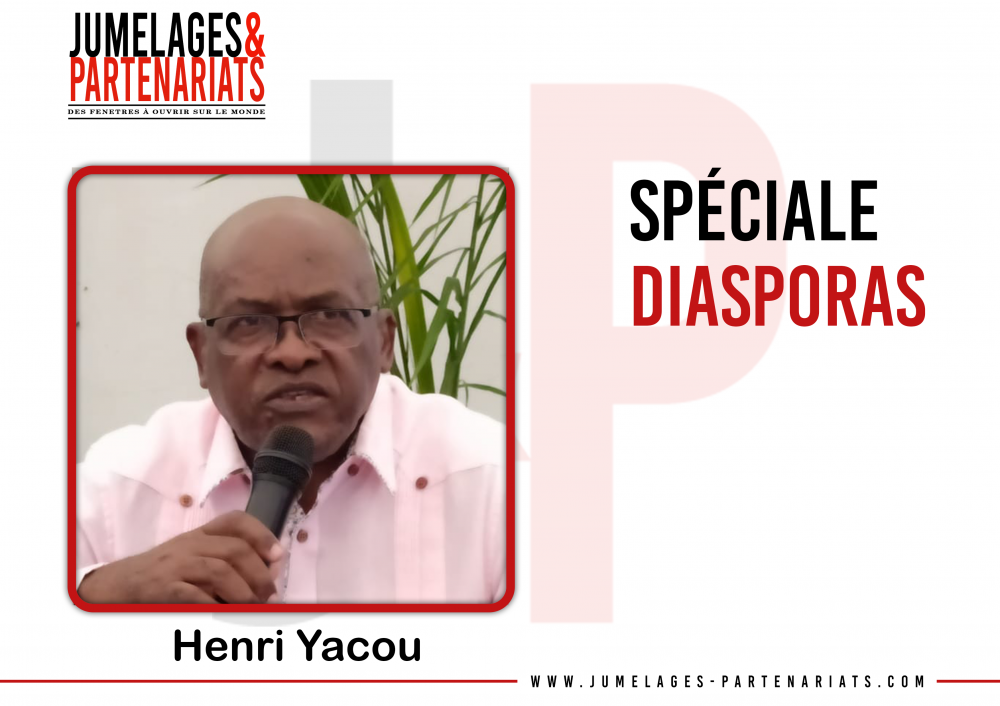 Then there is Felix Eboue, the "military man" in charge of rallying Africa to Free France during the Second World War.

Finally, there is Gabriel Lisette, a former student of the School of Colonial Administrators who will be an administrator in Chad.

It is this first movement that can explain why our diaspora present in Africa gathers intellectuals and other civil servants often married to African men or women who exercise the profession of doctors, men or women of law or civil servants in the administrations of the French colonies of West Africa.

A triangular relationship was thus established between France, the place of higher education and central administration, and the Antilles-Guyana (which became a French department after 1946), a civilizational entity in its own right because of its history, which combines the development of the African continent with the development of the French West Indies. The French West Indies-Guyana (which became French departments after 1946), a civilizational entity in its own right due to its history, which combines African and Western cultures in a syncretic manner, and French-speaking Africa, the land of origin under French administration until independence in the 1960s.

There, relations between West Indians, Guyanese and Africans were established, often leading to unions. The integration of our West Indian-Guyanese is not easy even if they find in Africa cultural elements that facilitate their integration. In Yaoundé, for example, they created the Caribbean Club because they want to get together to share news from their country -Guadeloupe, Martinique and Guyana- but the idea is to make the Caribbean countries known at the same time.

From their point of view, the West Indians and Guyanese consider themselves to be well integrated; this is what they all say thirty years later on the occasion of theThis is what they all said thirty years later when Blaise Mendjiwa reported on Radio Telescopie for Éclair TV in Guadeloupe, on the "West Indian diaspora in Cameroon". For many of them, the feeling of being at home has helped them to be accepted, especially since they have the same fruits and vegetables and a cuisine not too far from that of the Caribbean.

Coming from Guadeloupe, Cameroon, Martinique, Senegal, Guyana or the Central African Republic ... you find yourself in the same family, an essential circle in Africa, or even a tribe. At this level there is no change of scenery; certainly the African family is the very large family where we find the notions of solidarity, mutual aid to "frame" all the members: brothers, sisters, children, cousins...

Finally the diaspora, it is an emotion when it discovers after the island of Goree another island on the side of Bimbia in south-west Cameroon.

It is true that the West Indians do not always refer to their African origins, but the diaspora maintains a natural link with the continent and it is therefore quite natural that some of them will seek their roots... and when one finds in one of the regions of the Gulf of Guinea a trace of the name one bears at home in the West Indies, it is an indescribable emotional shock.

As an old African once said to a woman from Martinique arriving in Cameroon: "Welcome my daughter, you have finally returned home!

After the old ones who discovered Africa through the cooperation missions decided by France, the members of the West Indian-Guyanese diaspora of today work in the cultural, service or agricultural sectors: they are musicians, cooks, shopkeepers, entrepreneurs or engineers...

These new generations are travelling the world. They are now present in Europe, Asia, the Americas ... contributing to the crossbreeding, the "all world" of our Edouard Glissant.

Responsible for the West Indies within the Africa-Mundus network