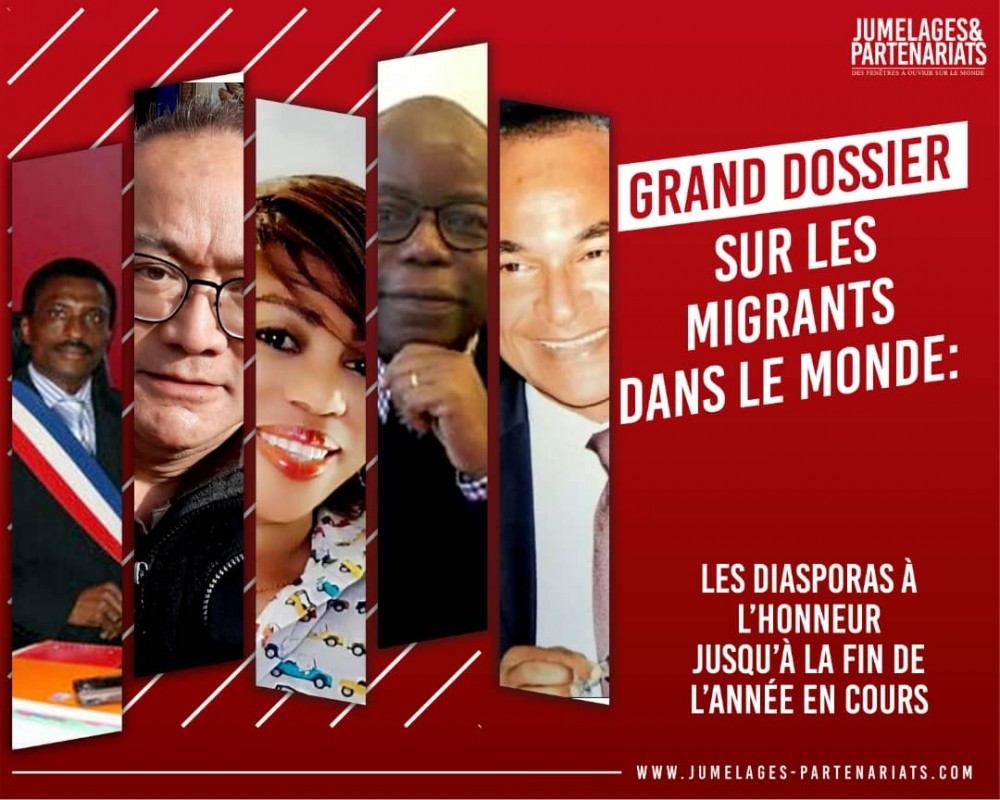 These data are indisputable proof of the great mobility that characterizes today's world. However, what role do migrants play in the development of their countries of origin and destination? It is to answer this essential question that the Jumelages & Partenariats editorial staff has devoted a whole dossier to it: "DIASPORAS/DEVELOPMENT OF THE COUNTRIES OF ORIGIN AND OF RECEIPT: THEIR LOSS OR THE VECTOR OF EVOLUTION? Indeed, www.jumelages-partenariats.com and its paper opus "Jumelages & Partenariats Magazine" undertake to shed light on these resources that are the different categories of diasporas in the world.

The rich potential that diasporas represent is a springboard for the transformation of territories, especially in the so-called emerging countries, notably through the transfer of knowledge, skills, experience and financial resources. Jumelages et Partenariats, in accordance with its editorial line, has decided to devote

1- A mega campaign of valorization of diasporas from different countries for 3 months, that is until the end of the current year

2- An illustrated file in its Magazine in paper version which is in preparation in order to make an inventory of the diasporas in the world.

To launch this campaign, your online information portal has received, for you, several guests: Pr Michel PADONOU, Me Isdeen OUABI respectively Professor of Letters retired in France and lawyer at the bar of Paris. Both elected municipal officials for several terms, they are Beninese who, without any tongue in cheek, share what binds them to their country of origin and the prospects for its true development, especially economic and social. It is the same for DJE BI DJE Olivier Vamy, deputy-mayor of Zénoula in Ivory Coast, Mrs. Suzanne PARQUIER, Cameroonian of origin, municipal councillor in charge of employment, city of Zénoula in Benin.
Tung Son NGUYEN of Vietnamese origin, elected representative of the Asian community in France.... who were willing to answer our questions.

Contributors and resource persons from any country in the world wishing to bring their testimony, share their experiences etc... can contact us by email at d.kaba@jumelages-partenariats.com by answering the following three (3) questions:

As a diaspora, what have you already done in a concrete way for your country of origin?

What have you not been able to do and why?

What do you propose to facilitate a better contribution of Diasporas to the development of their country of origin?