Every year 60,000 minors leave the school system without qualifications and find themselves without training or employment. Those involved in professional integration fear that this figure will rise because of the health crisis. 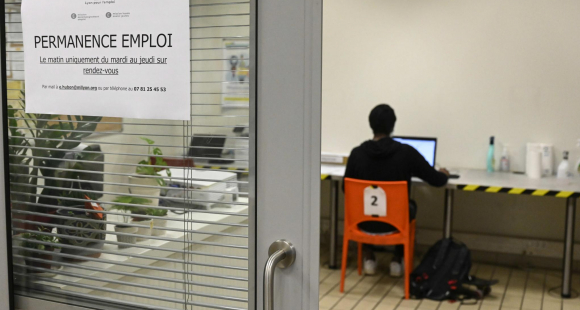 Will one of the many collateral effects of Covid-19 be to have pushed more young people into dropping out of school? Nearly 18 months after the start of the first lockdown, which saw the country come to a halt or near halt, it remains complicated to answer this question, and therefore equally complex to take stock of the institutional response to this situation.

This optimistic assessment is qualified by Olivier Gaillet, who is in charge of the National Union of Local Missions (UNML), a network of associations located throughout France and dedicated to the professional and social integration of 16-25 year olds: "Admittedly, there was no explosion in the dropout rate in 2020 as we might have feared. But the number of new young people in the local missions has nevertheless risen by 50% in one year. Of course, not all of them are school dropouts. Last year, the requests mainly concerned problems of access to housing, health care and food aid".

For the moment, it is impossible to be more precise about the profiles of these newcomers: "We have noticed anincrease in the number of young graduates, with two or more years of higher education," emphasizes Olivier Gaillet. This is new, because they don't make up the bulk of our usual audience, 70% of whom have a bachelor's degree or less. This is a trend we need to keep an eye on, because it's only in one or two years that we'll be able to really measure the impact of the health crisis on dropouts.

But even if the number of school dropouts does not seem to have exploded, for the time being, spotting them remains a complex task. Secondary school teachers are the first to identify them. Some of them, especially in vocational schools, spent a lot of time last year trying to contact young people who had "disappeared" during the lockdown.

If the dropout figures mentioned by the minister have been halved, it is thanks to them. But when these contact attempts are unsuccessful, it is then up to the heads of the schools to draw up lists of the missing young people.

In the local missions, the number of new young people received has nevertheless increased by 50% over one year.(O. Gaillet, UNML)

By coincidence, the decree instituting the training obligation for young people aged 16 to 18, which is directly aimed at young dropouts, was published in September 2020. And it is the local missions that are now responsible for monitoring compliance with this training obligation, based on the lists of dropouts provided by the national education : "This is a change of philosophy for us, because if we used to go and meet young people, it was up to them to show their desire to be accompanied by our advisors," explains Olivier Gaillet. Now we call them in, along with the family, and if we can't establish a link, we have to inform the department.

The problem is that it can take many months from the time a school identifies a dropout to the time a counsellor sets up a support programme. Thus, between September and December 2020, the local missions were unable to access the lists of dropouts from the national education system.

Locally, other initiatives are being set up. For example, the Ile-de-France region has launched a vast campaign in 2019, 2020 and 2021 to call young people who have been lost to follow-up via an external service provider. Annual cost: 450,000 euros.

"It was complicated to get these lists of dropouts from the ministry," says Marie-Carole Ciuntu, vice-president of the Ile-de-France region, in charge of high schools. And yet only 7% of them were contacted by the national education system, so something had to be done.

In this case, the region simply acts as a conduit for information: once contacted, the young person is directed to the nearest local mission or CIO. According to Marie-Carole Ciuntu, this referral work is well received: "Young people generally appreciate the approach, they are even surprised that we are interested in them. And sometimes the conversation ends quickly: in 2020, half of the young people contacted by the region had managed to find training or a job on their own. Like a thumbing of the nose at Covid.