France/Citizens and communities on the road to sustainable development

Getting involved in sustainable development in your city is becoming easier and easier thanks to the increasing number of citizen tools... And this is a good thing since the transition also relies on local actors (local authorities, associations, companies, citizens...). So how can you make the lines move in your city? 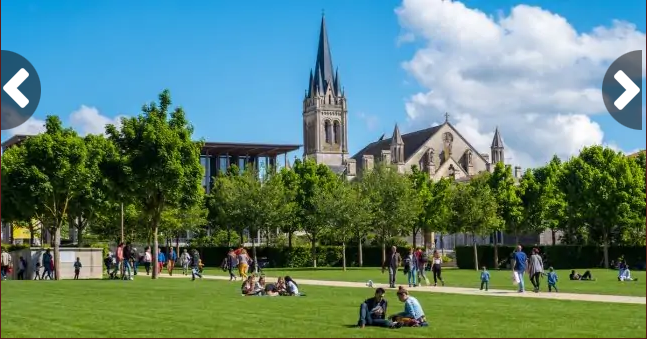 Citizen movements in favour of sustainable development have never been so numerous: the climate marches, the high school students' strike for the climate, the cleanwalk and many others! And it is often through the notion of collective that people are able to mobilize to act, and be the engine of the change they wish to see in their daily lives in favor of a more serene life. In concrete terms, how can our commitment as citizens in our communities accelerate sustainable development?

Citizens and communities: sowing the seeds of collaboration

Sustainable development, ecological transition, global warming, these subjects are all in the news. While many of the answers to these issues are national or even international, local authorities also have levers for action, particularly through citizen involvement.

The living environment of citizens is a formidable playground, and very often, good ideas come from there. However, sometimes it is impossible to act without the support of local authorities. They are the ones who have the competence to transform the territory in accordance with the needs of the citizens.

In France's municipalities, local initiatives are mainly led by local authorities but also, and increasingly frequently, by citizens' groups. Improving public space, facilitating links between inhabitants, protecting biodiversity and the environment... More and more French people are questioning their practices, getting involved in the development of their communities, and taking action. to question their practices, to get involved in the life of their neighbourhoods, to raise awareness or to alert people to the problems facing our society!

In Niort, for example, of the 77 ideas supported by residents on the Ma Ville Engagée citizen engagement platform , 20 are in place. This is the case of the bicycle repair workshops or of a dozen reading boxes that have been installed in the four corners of the city.

Still in Niort, some ideas are being tested, such as the installation of chicken coops in 6 schools in the city. Their aim? To facilitate the learning of biodiversity and breeding, to raise awareness of waste reduction... in a playful way.

Acting without the support of the communities is impossible. They are the ones who have the skills to transform the territory in accordance with the needs of the citizens
My Committed City

The 17 SDGs - A roadmap for communities and citizens

The Sustainable Development Goals (SDGs ) were set by the UN. In 2015, world leaders adopted a sustainable development agenda with 17 goals to be achieved by 2030. These goals guide actions to build a sustainable world for all and address global challenges. These 17 goals can also be applied at the local level.

For local authorities, adopting the SDGs is a response to citizens who are waiting for strong signals in terms of commitment tosustainable development.