The consequences of the Covid 19 pandemic on the slowdown of international trade encourage us to look at the synergy of regional potential and inter-regional cooperation as possible solutions for a balanced economic and societal development of our territories. 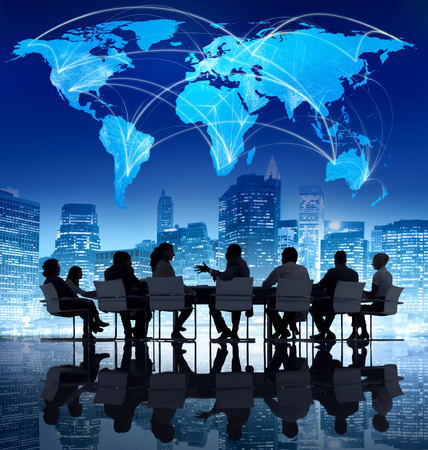 The economic transformation brought about by the accelerated globalisation of trade has deepened inequalities in development, and it is primarily the formerly industrialised regions that have been paying the price for nearly thirty years: the transfer of jobs from industry to service jobs has not taken place as planned at the end of the last century. Thus, as in other European countries, a dozen or so large metropolises now concentrate economic activity, research centres (R&D), partnerships, twinning and pairings, and professional training leading to qualifications... These are all breeding grounds for skilled jobs and even highly qualified jobs that attract the young and educated population of certain regions that are struggling to rebound.

At the same time, in neglected areas, local and regional authorities are managing the present with subsidies to keep the last companies still in business; or they are betting on the future, by investing in those that offer them the promise of jobs. We know what this is worth: a few years of activity and then, in the end, a relocation to other countries with a reputation for low-cost labour and favourable taxation. For its part, the social and solidarity-based economy, which has had some very honourable experiences, maintains employment to a certain extent, but it does not have the vocation to invest in a policy of major works or reindustrialisation that respects the environment.

Consequently, the fundamental question arises of the development of local and regional potentialities as a support for economic development, in order to attract investors with the aim of improving the quality of life of the population.on to attract investors in order to avoid the demographic decline which in turn leads to a decline in economic activity. Obviously, this requires the mobilization of the most innovative tools for a project resolutely turned towards the future without nostalgia for the past.

For the time being, we do not know the economic and societal consequences of the Covid 19 pandemic, and there is currently uncertainty as to whether or not the recovery will be identical to what it was. In any case, the urgent question of inequalities in development between our regions must be addressed: first, by making an exhaustive inventory of the richness of the terroirs of each of these regions, and second, by establishing complementarities between them. Thus, it is a question of leaving the wait-and-see attitude and committing ourselves to an ambitious policy of shared efforts and future-oriented investments, taking into account the following elements: the effects of the global pandemic and those of Great Britain's exit from the European Union.

For their part, the ultra-marine territories, like several regions of France, are experiencing demographic ageing, unemployment and the impoverishment of the poor.and impoverishment of the most vulnerable, supported by strong illegal immigration, insecurity and the parallel economy. However, real development potential exists in these territories, either in the form of agricultural or fisheries resources, or renewable energy, or in the form of landscape, heritage and culture. In addition, there is a competent diaspora spread throughout the world who would like to consider a "return to their native land".

These French overseas territories, which concentrate resources with great potential for the development of a future-oriented economy, allow France to France to possess a maritime space that covers an Exclusive Economic Zone (EEZ) of approximately eleven million km2 _ the second largest in the world_ and which extends over 3 oceans: the Pacific Ocean, the Atlantic Ocean and the Indian Ocean.

Moreover, the maritime territorial wealth should be better taken into account in the development plans and axes, with regard to the so-called Paris Agreements resulting from the COP 21. Such a decision should give the blue economy a boost that will benefit the greatest number of people, particularly the ultra-marine populations.

Regarding the post-Brexit period, there are other development opportunities for certain overseas regions. Neighbouring small independent states in the Caribbean, with which they share a common history and language, the regional authorities of Guadeloupe, French Guiana and Martinique, for example, also located in Mesoamerica, have the opportunity to develop their economies.The regional authorities of Guadeloupe, Guyana and Martinique, for example, also located in Mesoamerica, could serve as subsidiary economic engines with high added value by establishing win-win partnerships with their neighbours. To this end, there is the OECS - Organisation of Eastern Caribbean States, CARICOM - Caribbean Common Market and geographically opposite ASEAN - Association of South East Asian Nations. If all of them are unavoidable interregional actors, the keystone remains the partnership agreements between the so-called ACP countries and those of the European Union known under the acronym ACP-EU.

All of these conventional organisations offer financial resources and allocations usually known as Structural Funds, the most sought after being the European Regional Development Fund (ERDF) and the European Social Fund (ESF).However, other specific funds, particularly for the outermost regions, are available but their existence seems to be unknown. Clearly, these development tools are not sufficiently used, particularly by the French overseas regions and communities. Has the time not therefore come to set up a fully-fledged cooperation POOL that would take into account the partnership deficit with neighbouring ACP countries?

In conclusion, within the framework of interregional cooperation within France and between France and the Overseas Territories, partnerships should be encouraged, since the Overseas Territories are not the only ones to be involved. French overseas territories offer commercial opportunities and outlets in a large part of the world. To this end, French ports must be the first actors that should be better adapted to interregional exchanges.

Above all, this requires political will on a national scale, a reinforcement of decentralisation and of its decision-making autonomy. Once the overall perspective has been defined and acquired, it can be broken down into coherent intermediate and complementary endogenous projects. The partner territories would then function as a network to federate initiatives and pool resources. In this regional, supra-regional and international context, the SYDRES1 offer an organisational concept for networking partners (companies, banks, local authorities and other investors, etc.) based on a single centre, which is the project leader, referent and coordinator.

However, this synergy of our strengths will only be effective if our self-esteem and confidence prevail over our fear of the future. It is our duty to leave to future generations a dynamic country that relies on the richness of its land and its people.