France/Reopening of cultural venues, a general and progressive system

From Wednesday 19 May, all cultural venues will be able to reopen their doors to the public. Here is an update on the system. 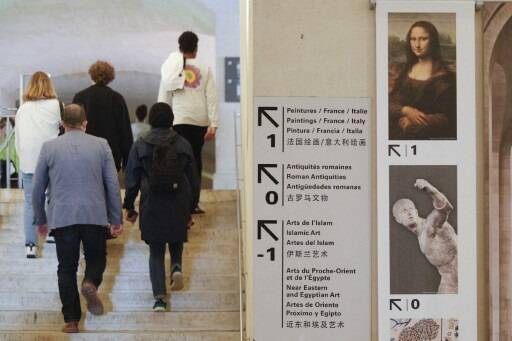 It is a reopening that obeys three main principles," continued the Minister of Culture: firstly, it is general, since it concerns all cultural venues; secondly, it is gradual, with a step-by-step evolution of the gauges and constraints; thirdly, it is respectful of the health of the French people, because we are not forgetting the health situation and the need to protect our fellow citizens from this virus".

The first point to emphasize is that the reopening will concern all cultural venues: from cinemas to museums, including theatres, concert halls, art galleries, monuments, libraries, conservatories and other places of artistic education. The fact that the various types of cultural activities are concerned by the measure "was an essential point in my eyes", the Minister of Culture assured .

This reopening of cultural venues, which will now be "the norm", has been drawn up in a spirit of broad "consultation" with all the players concerned: professionals in the cultural sector, of course, but also with parliamentarians, local authorities and health authorities. It will comply with strict sanitary protocols, allowing the health of all to be preserved

Another essential point is that the reopening of cultural venues will be gradual and will be done, according to the Minister of Culture, "step by step " .

Second step: from June 9, the restrictions on audience size will be relaxed and the curfew will be shifted to 11pm. The capacity will be 4 m2 per visitor for museums, monuments and art centres; the capacity for cinemas and theatres will be increased to 65% of the ceiling up to a limit of 5,000 spectators; when they are held outdoors, festivals will be limited to a maximum of 2,000 spectators.When they are held outdoors, festivals will be able to accommodate the public in a seated configuration, according to the same percentage of capacity and the same ceiling, i.e. 65% of the reference capacity and 5,000 festival-goers.

Third and last step: from July 1, the restrictions on audience size will be lifted for all venues and where the audience is seated. Distance will remain the rule in the circulation areas. Open-air festivals in standing configuration will be allowed to resume, with a capacity of 4 m² per festival-goer and within a limit that will be defined by the prefect according to local circumstances. Similarly, standing shows and concerts will be allowed to resume according to an adapted protocol and a maximum capacity set by the prefect in the light of local circumstances.

"Thesereduced capacity levelswill inevitably have an impact on the revenue of companies and cultural establishments, and therefore on their economic equilibrium, and I am working with the Minister of the Economy and Finance and the Prime Minister to set up ticketing compensation funds", said the Minister of Culture.

A reopening that respects the health of the French

This resumption of activity in cultural venues will be done " responsibly", the Minister of Culture assured . " Certain health measures will have to be maintained, not to limit the opening of the venues, but to allow it in the long term: respect for protective measures, the generalized wearing of masks, reduced gauges - and stricter, at least initially, than those we experienced in the autumn. These sanitary measures will be necessary for some time to come, before being reduced in stages.

Finally, the use of a "health pass" should allow access to events and venues hosting more than 1,000 people - not only for the cultural sector - while ensuring that their management keeps health risks to a minimum.