Working together, a methodology of action at the service of all

Two years ago, GRET initiated a reflection to develop and formulate a "commons approach" aimed at supporting local actors in the construction of shared governance methods. Here is a look back at an enriching collective experience. 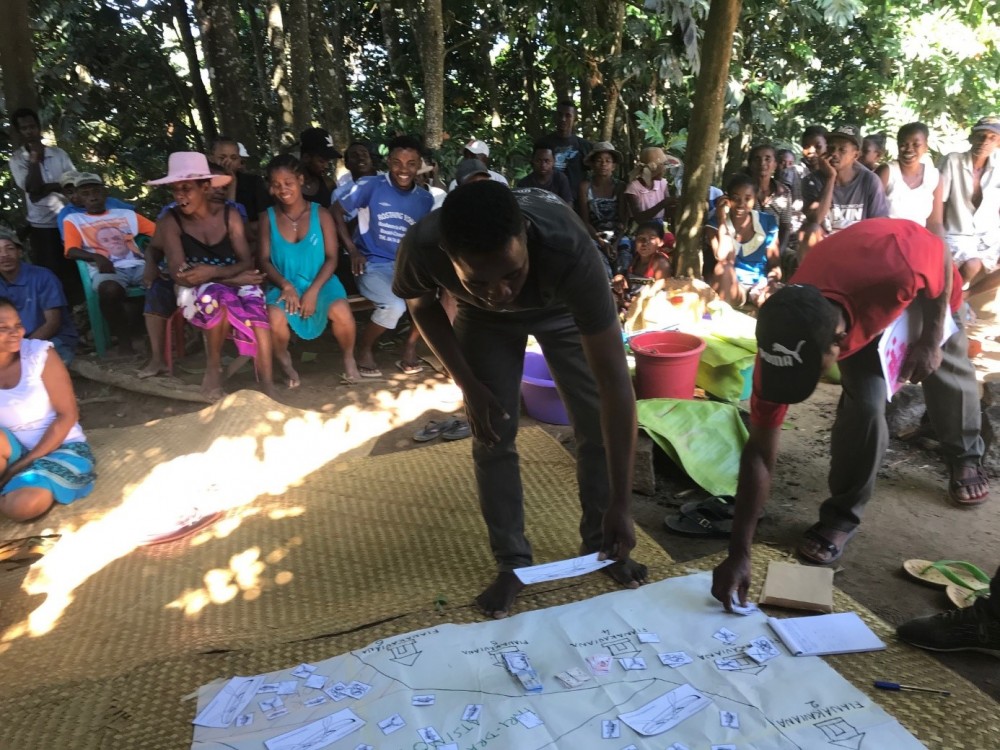 In nine countries in Africa, Asia, Madagascar, and Haiti, GRET teams have been testing the implementation of a common property approachin field projects since 2019.

Although the conduct of the commons program was impacted by the Covid-19 pandemic, the collective learning dynamic was maintained. In the wake of conceptual work to reflect on, define, and formulate a commons approach, GRET's teams thus supported local actors (users, civil society organizations, public authorities, private actors, etc.) in the implementation of fair and sustainable governance at various sites. This implementation was carried out using an action research approach.

From a progressive appropriation of the concept of the commons...

GRET's reflections on the commons are initially based on the work of Elinor Ostrom, a political scientist and winner of the 2009 Nobel Prize in Economics.In a first definition, a commons is composed of a shared-access resourcea community of actors with a set of rights (access, withdrawal, etc.) and rules established around it.) and rules established around this resource, via a governance structure.

"This more process-based definition highlights the importance of collective action and collective learning in the creation and life of a commons," emphasizes Jean-François Kibler, coordinator of GRET's Commons program.

The collective action undertaken by local stakeholders is thus the starting point for the process of building shared governance and defining rules. It is generally motivated by the need to resolve a social dilemma, with tensions often linked to conflicts of interest between the short term and the long term, the individual versus the collective, around the object of the common. This dilemma arises all the more when so-called "common" resources are shared (e.g. water), and it is very difficult to exclude uses that are not in the common good.This dilemma arises all the more when so-called "common" resources are in shared access (e.g. water), and it is very difficult to exclude potential uses9 (non-excludability) when the use of the resource impacts the possibility of other uses to enjoy it as well (rivalry). The implementation of shared governance and rules around the common resource aims to resolve these potential tensions, to avoid endangering the sustainability of the resource and generating breakdowns in dialogue and violence. The term shared governance refers to the active participation of all stakeholders in the common property in the decision-making and rule-making processes, so that the common property can be used as a basis for the management of the resource.This is called shared governance because all the stakeholders in the community are actively involved in the decision-making and control processes of the rules, so that they can periodically evaluate and develop these rules, in a process of continuous collective learning.

The implementation of a commons approach in GRET's projects is developed around three axes: a political intention, a conceptual framework and facilitation methods.

In the field, one of the first challenges was to identify the object of the common good, to characterize its contours and its limits. Through a long process of dialogue and confrontation of points of view, GRET's teams accompanied the various stakeholders in this identification work, with the objective of moving towards a mode of social organization that represents the interests of all.

This inventory stage made it possible to highlight the diversity of the commons. For example, in the city of Luang Prabang in Laos, thecommon to be built is a network of urban ponds that must be preserved through the establishment of shared governance. In Haut Katanga, DRC, this is anagroforestry perimeteron which GRET has supported the creation of a production cooperative. It is sometimes difficult to define the limits of the commons, as they can be "embedded" in one another: This question arose in the context of a project in Madagascar where the common could beelectricity, the electricity service, or the water resource that generates electricity. Practice shows that it would be futile to lock oneself into predefined proposals or categories of commons, as they will ultimately be defined and constructed by the populations themselves.

The important thing is to focus on what happens upstream, at the root of the emergence of a common. It is a question of identifying the motivations of the actors and of putting in place conditions that are favourable to collective action, mobilisation and commitment to the construction of shared governance. Understanding the aspects on which these motivations focus is just as essential as the definition of the common good itself.

How can we analyse the interplay of actors and facilitate social learning?

At various stages of project implementation, GRET teams develop and test analysis methodsto understand the interplay of stakeholders in terms of interests, influence, power, resources, etc. While they can take the form of matrices, maps or even drawings, several tools already developed or modelled by researchers have been mobilised within the framework of the projects, such as the ARDI method (Acteurs-Ressources-Dynamiques-Interactions).

In addition, several facilitation methods aimed at facilitating consultation and social dialogue have proved to be very interesting. Among these, role-playing games have been used in several projects, particularly in Madagascar and Senegal, and have proved to be a powerful tool for raising awareness and promoting dialogue between stakeholders in the community. On the east coast of Madagascar, a role-playing game was tested with the support of CIRAD's UMR Green as part ofa sustainable coastal fishingproject. As a tool for learning about social dialogue, the game enabled local people to initiate the collective formulation of strategic action plans for shared governance of their natural resources, while helping to forge links between stakeholders.Also in Madagascar, a board gamewas designed and tested as part of a rural electrification project.In Madagascar, a board game was also designed and tested as part of a rural electrification project, in order to co-construct the rules for managing an electrical installation.

What monitoring and evaluation systems for the commons?

Reflections were also made on the methods of monitoring and evaluation of the common property under construction. It should be remembered that in this context, the process of defining and improving the rules related to the commons is continuous. A central issue is therefore to support the actors in the implementation of internal mechanisms that allow for the assessment of the level of compliance with the rules set up, as well as the impact of these rules on the management and sustainability of the common property.

Monitoring and evaluation must also make it possible to assess qualitative changes, which may be subject to subjective perceptions and difficult to perceive through quantitative indicators. The use of video testimonies at regular intervals, inspired by the "Most Significant Change" method, can reveal changes inposture, perception or power on the part of the various participants.

An action-research approach, with a view to sharing the learnings

These various reflections and experiments are part of a transversal action-research approach. A protocol was gradually developed and adopted by all the teams, defining a methodological framework for each context. It invites questions about existing levers and blockages, and helps define hypotheses with a view to formulating action strategies, then documenting and evaluating their effects on the commons in the making. This protocol can thus be used to develop, test and evaluate in a qualitative way the specific declination of the commons approach within the framework of each project.

The programme itself is conducted in a collective learning process, fed by regular reflection notes produced by GRET teams working in the field. These notes focus on the tools, methods, and approaches used and encourage the sharing and capitalization of experiences. One of the challenges of the coming months will be to finalize tools to disseminate this learning. A small practical handbook for practitioners is currently being prepared and should provide a set of conceptual supports and methodological tools that can be used so that everyone can define their own intervention strategy.