On November 29, 2022, the city of Grigny (Essonne) signed a twinning agreement with the Palestinian refugee camp of Aida, located in the West Bank. 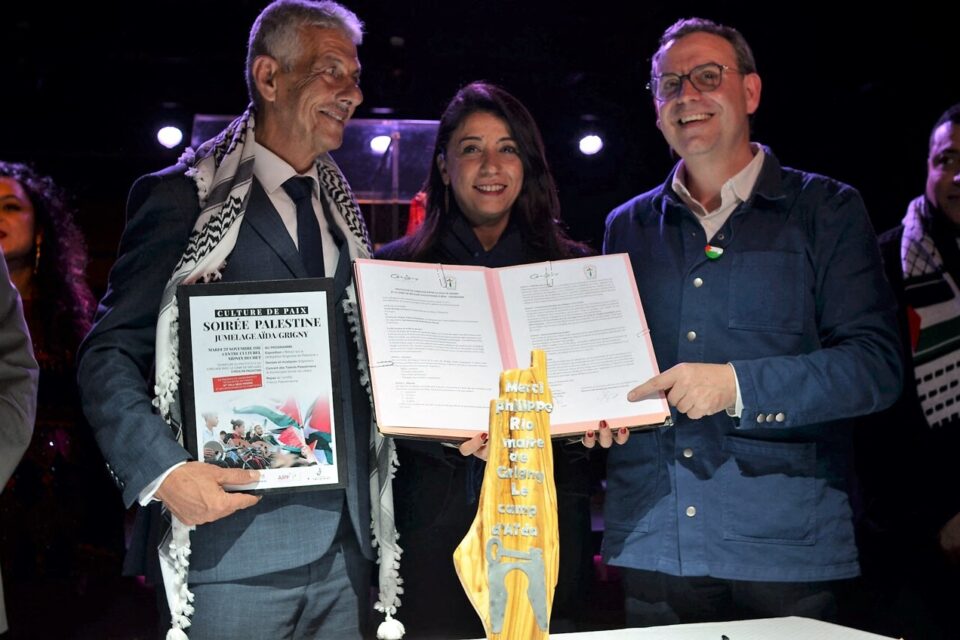 The city intends to continue its "fight for peace" in Palestine. In Grigny(Essonne), the communist municipality signed a twinning agreement on November 29, 2022 with the refugee camp of Aida, near Bethlehem in the West Bank.

For the occasion, an evening of solidarity and festivities was organized at the Sidney Bechet cultural center around a delegation of representatives of the Palestinian refugee camp.

"A moment of incredible humanity and hopeful prospects for cooperation", underlined Philippe Rio, mayor of Grigny, for whom this twinning with the refugee camp of Aida is a great opportunity.The date of November 29 was not the first time that the Palestinian authorities had been involved in the twinning process.

The date of November 29 was not chosen at random. Every year, this date is celebrated by the UN as the international day of solidarity with the Palestinian people .

On November 29, it was the turn of the representatives of the Palestinian refugee camp of Aida to discover Grigny.

After a visit to the new fresco representing Handala painted on the Peace Bridge, they toured the city, discovered its history, its architecture and its educational facilities.

"Where some people build walls to imprison people, we build bridges for freedom and for the culture of peace," said Philippe Rio in his speech.

He continued: "We have so many projects to develop together. And with this, I am convinced that these projects will be small stones in the great edifice of freedom for the Palestinian people.

This twinning is only the second of the municipality after the one established with the city of Schio in Italy.

For the moment, the way in which this new twinning will take shape has not been decided.

"Why not welcome young Palestinians from Aida through culture and sport," said the mayor in his speech, calling on Grignois and Grignoises to "take hold of this twinning.