Côte d'Ivoire/Civic and citizenship: The government is campaigning in schools

At the initiative of the Ministry of Youth Promotion, Professional Integration and Civic Service, through its Directorate of Civics and Citizenship, in collaboration with the Ministry of National Education and Literacy, is held in schools, a campaign to promote civic values and citizenship contained in the symbols of the Republic. 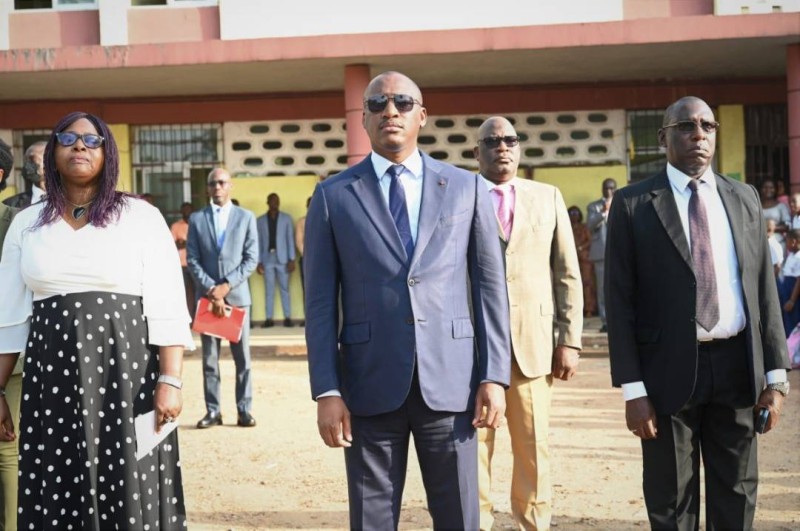 Indeed, on Monday, November 21, 2022, Minister Mamadou Toure and some members of the government were in schools in the autonomous district of Abidjan for a ceremony of tribute to the national emblem.

In all these establishments, the government emissaries called on the students to take their studies seriously and to remain exemplary students. They have sensitized them to the scourges that affect the Ivorian school, including pregnancy in schools, early leave, alcohol consumption and drugs. "Don't do anything that could jeopardize your future," they advised.

The members of the government congratulated and encouraged the staff of these schools, inviting them to continue the dynamics of excellence in school.

After the salute to the colors, symbols of the State, namely the flag and a portrait of the Head of State were given to the first officials of all these institutions.