Putting digital technology at the heart of female entrepreneurship. This is the mission assigned to Women In Teck Benin (WIT Benin), a network of women professionals in the digital sector. On Friday, November 18, 2022, WIT Benin was launched in Cotonou, in the presence of the Minister of State, Abdoulaye Bio Tchané. 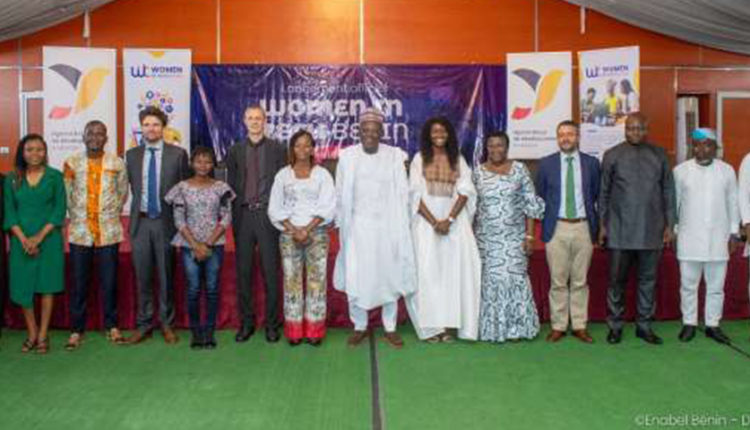 Driven by the Belgian Development Agency (Enabel) through the Project to support the strengthening of the digital economy in Benin (Digiboost), Women In Teck Benin is a community of women entrepreneurs in the digital sector. The initiative responds to the achievement of one of the objectives of the Digiboost project, namely to support and consolidate the emergence of a national network of initiatives in favor of women entrepreneurs and founders of digital startups. Her vision is to reduce gender inequalities in the digital sector in Benin and Africa, by building an influential and diverse network of digital actors.

In turn, the resident representative of Enabel in Benin, Jean-Francois Michel, in his speech, stressed that the participation of women in economic growth is a cornerstone of the United Nations 2030 agenda.

"I came to celebrate the Beninese woman, entrepreneurship and the digital ecosystem," said Minister of State Abdoulaye Bio Tchané. As an objective, he hopes that each woman of the WIT Benin community brings another woman so that in one year, the community can have at least 1000 women entrepreneurs in the digital. Thus, Benin will also be counted among the best countries schools in terms of reducing gender inequality in the digital, he said.

A visit to the booths allowed to discover women startups that offer solutions in several areas. One of them is Tic Agro Business Center, which emits ultrasound in the fields to chase birds. According to Dumas Houessinon, the children who watch over these fields will be able to go to school and the women will be able to do other things to support themselves.