France-Ukraine. A new twinning in Sarthe is being prepared between the Sabolien Country and Drohobytch

In the wake of the solidarity actions carried out since the beginning of the war in Ukraine by the carrier Salesky, based in Sablé-sur-Sarthe, a delegation with elected officials from the Sablé region will visit the Ukrainian town of Drohobytch in order to lay the foundations for a twinning. 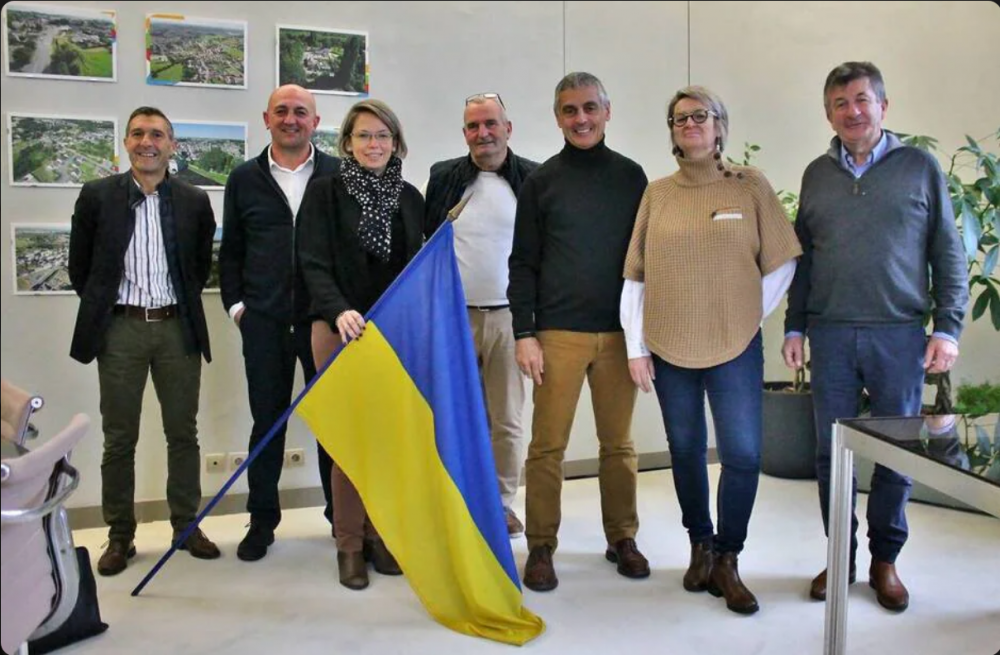 "There are those who talk and there are those who do," Jérôme Hervé likes to repeat. The 53-year-old entrepreneur from Sarthe prefers the second category. With his company Salesky, which specializes in refrigerated transport and is based in Sablé-sur-Sarthe, he has been the driving force behind local solidarity since the first days of the conflict in Ukraine, at the end of February 2022.

In a few weeks, in conjunction with the local authorities of the Sablé region, fellow transporters and the Health in Danger collective, two convoys left with foodstuffs and other goods.Two convoys with food and medical supplies left for the border between Poland and Ukraine, near Drohobytch, southwest of Lviv. About 50 refugees made the journey in the other direction: 32 adults and 25 children, as well as a dog and a cat.

Those who stayed in Sarthe are now "integrated" with housing, a job and schooling for their children, under the aegis of the Red Cross, according to Salesky. But Jérôme Hervé, who in the meantime has left his company and wishes to devote himself to humanitarian work, did not intend to stop there. "We want to create a link beyond Salesky, because alone, we could not have done anything," says the ex-boss who chose to "pass the baton to the community of communes."

The idea: to anchor the relationship woven with Drohobytch through a twinning, which would be the first between a Sarthe community and a Ukrainian territory. "It is a symbolic twinning at first, before it becomes administrative. We want to go all the way," says Daniel Chevalier, president of the Pays sabolien. The idea was unanimously approved by the community office. "

Starting next week, a delegation made up of Salesky representatives and elected officials from the community will travel to this city of about 75,000 inhabitants. By train and plane to Poland and then by minibus to Ukraine. Departure Tuesday morning from Sablé, return Friday evening. At the same time, a new convoy of four semi-trailers will bring 80 tons of drinking water, food and baby products collected over the last few days, notably at the Leclerc store in Sablé-sur-Sarthe.

An adventure in which Daniel Chevalier and his chief of staff Olivier Gaborit will take part, but also Pascal Lelièvre, mayor of Solesmes, and Pierre Paterne, mayor of Bouessay. A trip that they are paying for out of their own pockets. It is the alliance of private and public wills, in the service of human beings," appreciates Pierre Paterne. We don't go there in easy conditions. It's a strong message. "

On site, Jérôme Hervé, in contact since the beginning with a certain Alexander Mysyshyne, "equivalent of a former Secretary of State", wants to see where the donations are going, but not only. "Before the conflict, this country was in full swing. There will be positive things in the post-war period," the entrepreneur says. We can have many fruitful exchanges on culture, agriculture, sports, ecology ... ".