For nearly five years, a hundred businesses have been accepting the Gâtinelle, a local currency that aims to encourage local purchases, mainly used in the center of the Deux-Sèvres. 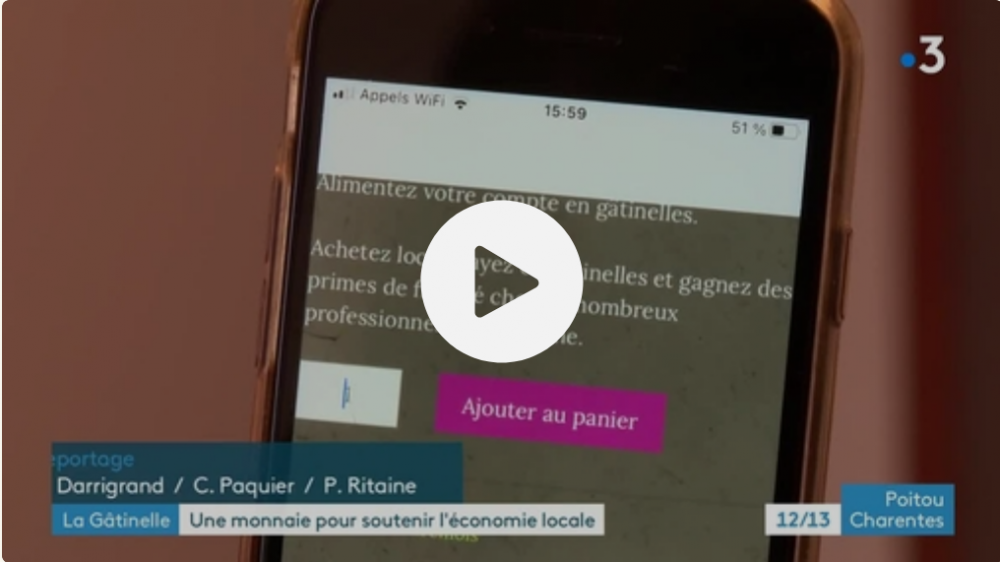 In Parthenay, it is common to pay for shopping in Gâtinelles, a particularity of the central Deux-Sèvres. This local currency is used for clothes, reading and eating. 120 merchants accept this currency for everyday purchases.

It works like a normal currency. Now people are used to it.

For this currency, there are no coins, but only secured bills from 2 to 20 Gâtinelles. They can be bought against their equivalent in euros in authorized shops with a bonus. For example, with 100 euros, you have 105 Gâtinelles, that is to say 5% of bonus. This is enough to compensate a little for the inflation.

In circulation for five years, this local currency is primarily used to encourage local purchases.

The idea is really to make people discover our shops, our producers, our traders, but above all, the richness of our territory.

Today, 40,000 Gâtinelles circulate in the territory, with the equivalent placed in the bank as required by law. A manna reinvested in the local economy.

The money placed in the bank is used to finance local projects within the framework of the social and solidarity economy. With a selection of projects that are in the spirit of the territory and short circuits.

There are also other local currencies in Poitou-Charentes. The Pois is in use in 70 stores in the Vienne. In Charente, there is the Bulle. Its members can even pay their water bill. Since 2017, the Beunèze has been in wallets in Charente-Maritime, particularly in Saintes.

According to the network of complementary local currencies, there will be nearly five million euros in circulation throughout France. The network will hold its annual congress in Angoulême on November 18.