The 107-kilometer-long Seine-Northern Europe Canal will link northern France to more than 20,000 kilometers of navigable European waterways by 2030. For the economy of Hauts-de-France, this EU-funded project is a breeding ground for opportunities. 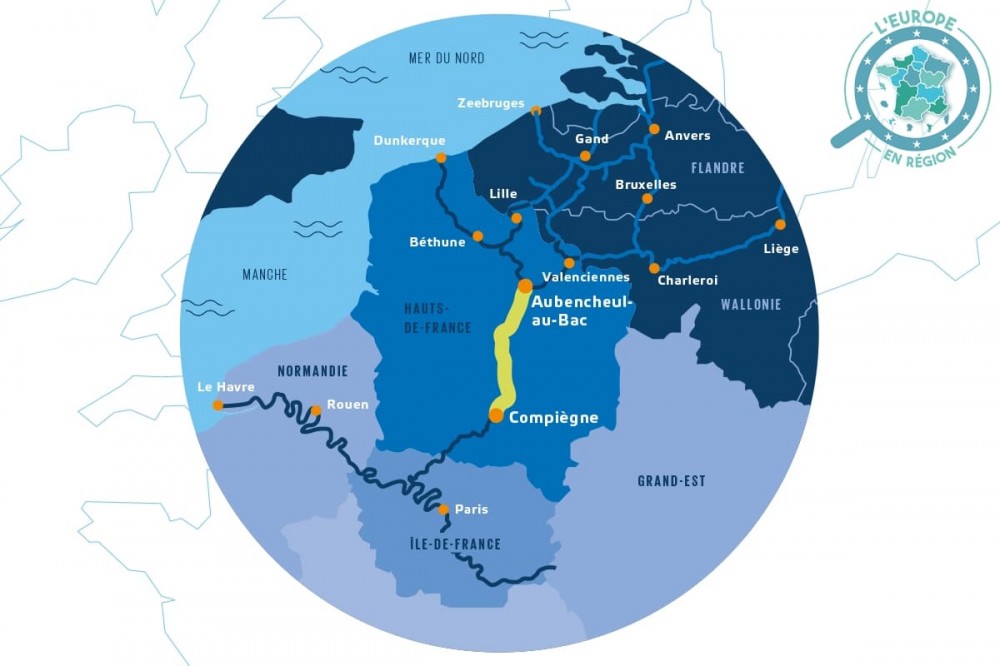 This is a large-scale project that is progressing with confidence. According to Xavier Bertrand, President of the Hauts-de-France Region and Chairman of the Supervisory Board of the Société du Canal Seine-Nord Europe, there is no doubt: "We have broken the backlog. Present at an information meeting in Amiens on September 15, he came to celebrate the five-year anniversary of the "Péronne Appeal" alongside the stakeholders in the canal project.

In this sub-prefecture of the Somme, hundreds of citizens mobilized so that this project, which they had been hearing about for several decades, would finally see the light of day. It must be said that they have won their case. More than 400 people have already been hired to make it a reality, and this is just the beginning.

The Seine-Northern Europe Canal is 107 kilometers of 54-meter wide waterways that will link Compiègne in the Oise to Aubencheul-au-Bac in the North. This link will allow goods to be transported by waterway rather than by road. Above all, it will provide an optimal connection between the north of France and the Seine basin and the river networks of Belgium and the Netherlands, and more widely to the 20,000 kilometers of large-gauge waterways in Europe.

This project, described as the "construction site of the century", has an important European dimension. Beyond the interest it represents for France and the region, the project will significantly facilitate trade between EU countries. At the same time, it will reduce carbon emissions from the transport sector, as freight by ship is much less polluting than by road. A figure that speaks for itself: a large ship can have a capacity of up to 4,400 tons and thus replace 220 trucks.