The list of electrified localities in the Bagoué region was extended on Friday 21 January 2022, after the Minister of Construction, Housing and Urbanism, Mr. Bruno Nabagné, proceeded to officially turn on the power supply to Mahalé, a village located in the sub-prefecture of Gbon, with a population of about one thousand souls 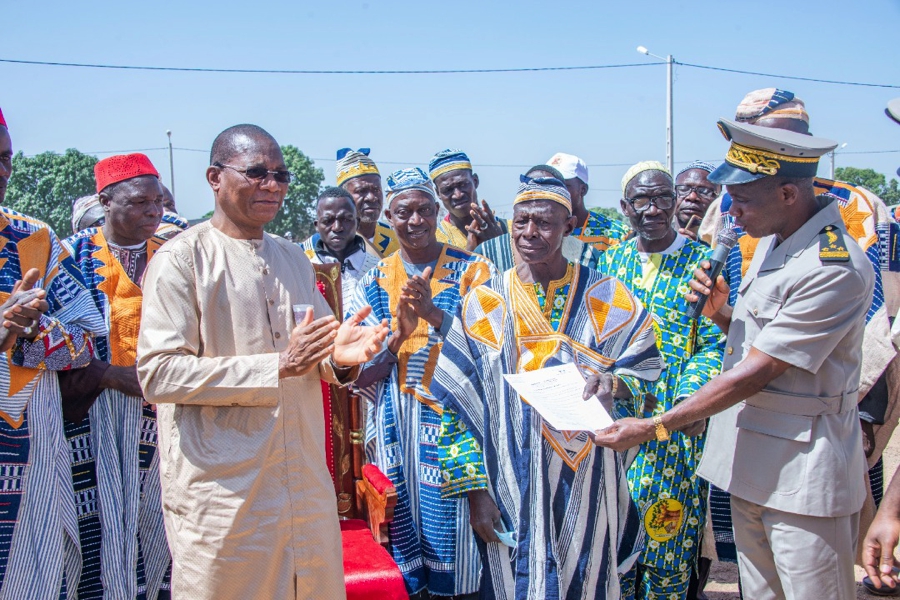 "Electricity is more than light, it allows people to come out of the darkness, it brings more comfort and improves the living conditions of the populations. But electricity also and above all allows our regions to move forward and develop the country's economy. That is why, he continued, "the Head of State, Alassane Ouattara, and the entire government, led by Prime Minister Patrick Achi, are working hard to ensure that all villages in Côte d'Ivoire have electricity.

Addressing the youth of Mahalé, Bruno Koné urged them to seize all the job opportunities that electricity now offers them.

The second highlight of this festive day in Mahalé was the enthronement of the new village chief, Koné Fenon, who received his appointment order from the Prefect of Kouto, Mr. Angora Pierre. The latter, like Minister Bruno Nabagné Koné, did not fail to wish an excellent reign to the new chief who was asked to work for the gathering of the daughters and sons of Mahalé to strengthen cohesion and peace in this locality.