Cameroon/CUD increases its budget by CFAF 2.3 billion in 2022

This increase corresponds to 3% compared to the 2021 fiscal year. Several projects justify the revaluation of this budget, including the construction of low-cost housing, the acquisition of heavy machinery for the Roads and Construction Authority, and the construction and rehabilitation of local sports facilities. 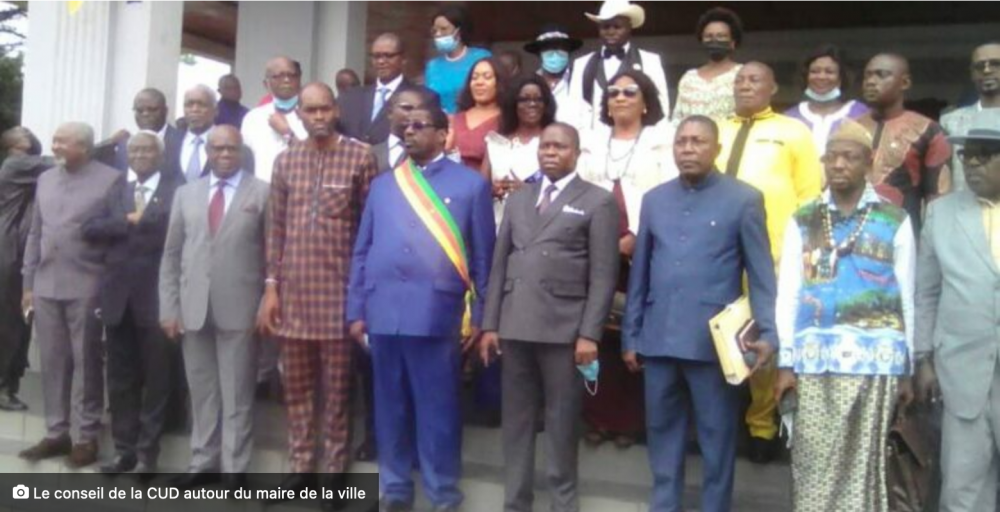 The council of the Douala Urban Community (CUD) has taken the gamble of increasing its budget for the 2022 fiscal year. The second increase in the space of two years. During the 2021 fiscal year, the budgetary envelope of this institution, which was set in terms of revenue and expenditure at the sum of CFAF 56,800,000,000, increased by 22.15% compared to the 2020 fiscal year (CFAF 46,496,470,653). Voted at 58.9 billion FCFA, the envelope of the Douala Urban Community for the year 2022, therefore knows an increase of about 2.3 billion FCFA. This is a 3% increase compared to the 2021 fiscal year.

The budget breakdowns indicate that 59.8% of this budget will be devoted to operating expenses. That is to say 35.2 billion FCFA. While 23.7% of the same budget (23.6 billion CFA francs) will be allocated to investment expenditure. The operating revenues amount to 55.3 billion CFA francs. Those relating to investments are set at CFAF 3.5 billion. "We have adopted a budget that is slightly higher than last year's budget. We are staying the course in terms of resources. It is a very realistic and solid budget," justified Dr. Roger Mbassa Ndine, Mayor of Douala on December 31, 2021 during the session devoted to the vote on the budget. Like that of the year 2021, it is executed in a context marked by the Covid-19 pandemic, a contraction of economic activity and a scarcity of funds.

"This budget will be used for infrastructure development, social support for the population's social projects, improving public lighting and creating green spaces. We will launch the "Douala Green City" project, a project to plant thousands of trees in Douala, because it is already very hot in the city. With this budget, we will also continue with the development of culture, tourism and sports. All these are strong commitments that we have made and that we will try to keep during the next year, in accordance with our term plan," said the Mayor of Douala. Dr. Roger Mbassa Ndine Dr. Roger Mbassa Ndine intends to pursue the implementation of the program of the communal executive for the 2020/2025 term in the infrastructure, economic, attractiveness and social areas.conomics, attractiveness and sub-regional competitiveness, urban planning, culture, environment and sustainable development.

The year 2022 will thus see the start of the project to complete 12 buildings in Mbanga-Japoma, the continuation of the construction project for the Cité des Cinquantenaires, the densification of public lighting, the extension of the minipublic lighting, the extension of the mini-networks for the collection and distribution of drinking water, the improvement of public services and waste management, the modernization of public market facilities (Bonifacio, the city's main shopping mall), and the construction of a new building.tions (Bonamoussadi and the central market), the start of operations of the Roads and Construction Authority, the improvement and densification of the urban road network, the setion of land reserves and strengthening of the CUD's tax base, rehabilitation and strengthening of the public toilet facilities, strengthening of the efficiency of the CUD's services, etc. "The needs of our city are immense and they could absorb annual budgets of about 100 billion CFA francs, with a prior strengthening of its management capabilities, "concluded the Mayor of Douala January 8, 2022, during his meeting with elected officials of Douala ...