In Senegal, a Czech woman builds houses with plastic bottles

At the initiative of Lucie Masopustová, the Yagana Lucky Zone plastic bottle construction project aims to create a meeting place off the beaten track, while raising awareness of waste recycling in Senegal. 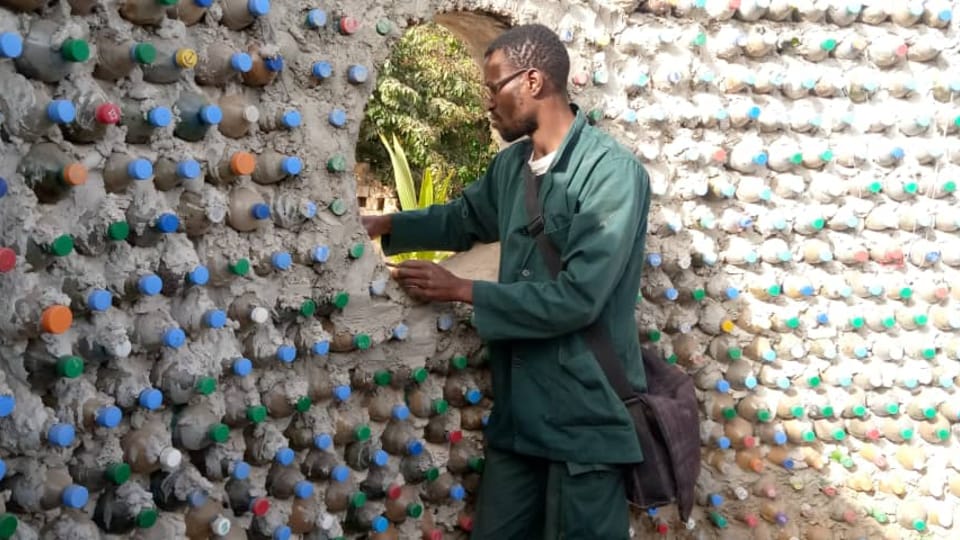 In a village on the Atlantic coast, three covered buildings made from plastic bottles have already been constructed, and eventually there will be six. The driving principle behind the Yagana Lucky Zone project is to offer foreign visitors the opportunity to experience the life of the Senegalese outside the tourist circuit; In addition, the small houses built in this way could be used to organize various artistic or other workshops and, in the future, accommodation will also be offered.

Lucie Masopustová has traveled the world before falling in love with Senegal and, at the same time, being stunned by the sight of plastic waste abandoned everywhere in nature. That's when the idea for her project was born:

"After a percussion and dance workshop in Senegal, I spent a month and a half traveling the country. My guide was Senegalese, so we traveled a lot outside of the tourist areas. And I have to say that seeing how much the nature was spoiled by the plastic waste that was everywhere was a real disillusionment for me... That's where the idea was born. I knew about the existence of plastic bottle constructions, they exist all over the world, and even in several African countries, but I could not find any trace of them in Senegal. So, when I came back to Senegal the year after this stay, I said to myself that I had to give it a try.

After some administrative difficulties, Lucie Masopustová managed to acquire a 2000 m2 plot of land in a village called Abéné, in the historical and natural region of Casamance. A village that she personally appreciates because it has many musicians among its inhabitants. The construction of the first building made of plastic bottles started there in 2019. Lucie Masopustová explains the construction process:

"Some 5,000 to 6,000 plastic bottles are needed to build a single house. It's more work than I thought, because first you have to fill each of these bottles with sand. But now that we've started, we have to go all the way! We employ local people for the filling, and masons for the construction. When it comes to buying building materials other than bottles and sand, it's not like in Europe, where you just go to a supplier's warehouse. Cement can be ordered in the village and then you just have to wait for it to be delivered. For the wood, which is used as a mold for the walls, but also for the doors, it is very complicated. You have to go to the sawmill in the next town, agree on the purchase with someone on the spot, and when the quantity is not enough, you have to go elsewhere... The manufacture of the doors, on the other hand, took two weeks. Finally, the carpenter made them directly on site, in our garden. There is no electricity, so the whole construction is done without any of the power tools we are used to in Europe.

So the collected bottles are filled with sand, then stacked horizontally - as one would with bricks - and grouted with cement to form solid walls. A roof and window frames are then added to the buildings, which have a round shape and a surface area of 3 to 4 m2, which according to Lucie Masopustová, is sufficient: in Senegal, life takes place a lot outside.

As for the look of the inhabitants of the village on this project which can seem a little crazy, Lucie Masopustová relativizes:

"The co-owner of the land is from here. His name is Bacary Sagna, and after I showed him videos of plastic bottle constructions around the world, he became enthusiastic about the project. He became the mascot, so to speak. He's collecting what other people are throwing away, and I think they think he's a little crazy when he says he's going to use this waste to build houses. But we'll see over time; maybe someone will be inspired by our project, and try to use trash to build houses as well."

While the Covid-19 pandemic has delayed construction, particularly due to restrictions on the movement of workers and the transportation of materials, Lucie Masopustová has been following the progress of the work from the Czech Republic, through videos and news sent by her partner. She is looking forward to flying back to Senegal in January, and already has a few new ideas in mind - including a composting system, as well as the construction of urine-diverting dry toilets.

All about the project: https://yaganaluckyzone.cz/