The challenges facing the decentralization sector deserve large-scale actions. Aware of this, the government of President Patrice TALON since 2016 has taken strong measures. The icing on the cake is the recent reform initiated to improve and depoliticize the communal administration. But, what strategy to implement to allow the various actors, in this case the communal councils to be informed of these reforms? It is with this in mind that the Minister of Decentralization and Local Governance, Raphaël AKOTEGNON, began a tour of exchanges and explanations in the departments of Benin on Thursday 25 November 2021. 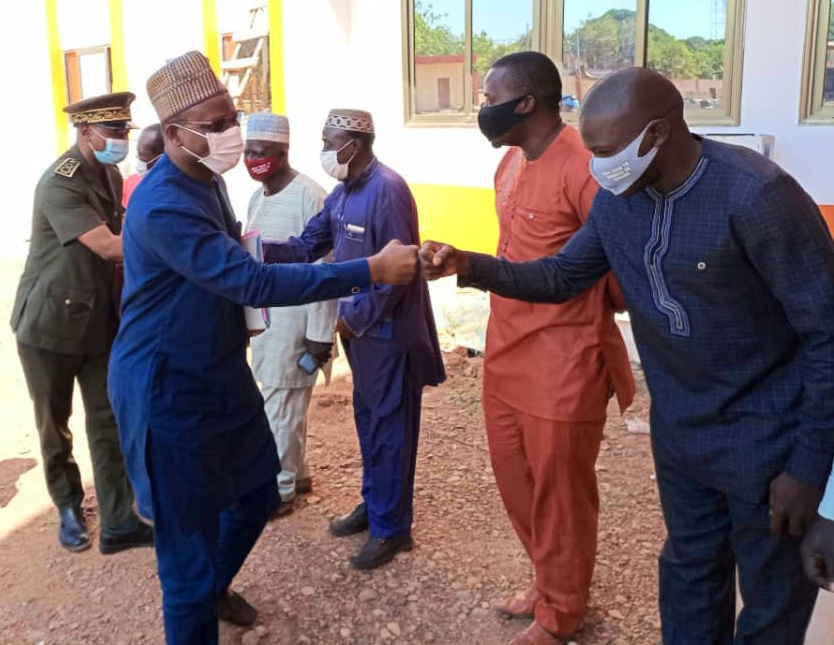 In the department of Alibori for the first stage of this tour, the communes of Banikoara, Ségbana and Kandi were visited by the Minister and his team. From Banikoara to Kandi through Segbana, the exchanges took place in a friendly atmosphere. With the different communal councils, the ministerial authority and his delegation made deep reflections on the working conditions of the agents of the tutelage. The occasion was an opportunity for Minister Raphaël AKOTEGNON to come back on the relevance and the different aspects of the law N°2021-14 of 21 October 2021 on the code of territorial administration in the Republic of Benin. In this regard, the Minister stressed that in accordance with the provisions of this law, the reform will come into force at the beginning of 2022.

Faced with rumours that the said reform is initiated to dispossess mayors of their competences, he made it known that: "Contrary to the ideas spread in public opinion, the reform is initiated to strengthen and depoliticize the communal administration. The communes retain the fullness of their competences. The mayor remains the primary political and administrative authority of the commune. His or her position is strengthened by the establishment of a new body called the supervisory council, composed of the mayor, deputy mayors and the chairpersons of permanent commissions, of which there are now four (4) in all communes. This body, chaired by the mayor, adopts budgetary and local development planning documents before they are submitted to the communal council for validation. An executive secretary will be appointed by order of the mayor after drawing lots in the national file of the main administrative functions of the town hall.

Concerns of the communes

From the points made by Minister Raphaël AKOTEGNON at the end of these visits, it emerges that certain difficulties are holding back the development momentum of the communes visited. These include the security vulnerability of the communes in the department, the need for infrastructure reinforcement, especially electrification, the supply of drinking water in rural areas, and the lack of a proper infrastructure.These are the security vulnerability of the department's communes, the need for infrastructure reinforcement, particularly electrification, the supply of drinking water in rural areas, the lack of health centres and the technical facilities that go with them, the opening up of communes, requiring the acceleration of the asphalting programme.The difficulties related to the implementation of the new provisions of the texts reorganising the civil status in the Republic of Benin, the lack of a network of communication service providers in the communes, the lack of district police stations and the insufficient number of police officers.In addition, there is a lack of communication service providers in the communes, insufficient district police stations and public security forces in the communes, insufficient qualified human resources in the communes, and the vulnerability of the Beninese border with neighbouring Cameroon.Benin's border with its eastern neighbour, the resurgence of land problems, the persistence of cross-border transhumance and nomadism, which are sources of conflict and insecurity, and the lack of a national strategy for the protection of the environment.The lack of adequate premises to house the district offices in many communes, difficulties related to the management of sand quarries, boundary disputes between administrative units, difficult working conditions for teachers in deprived areas. All these concerns did not leave Minister Raphaël AKOTEGNON indifferent.