The rector of the Agence universitaire de la Francophonie (AUF) presented, on November 25, to the Minister in charge of Employment, the advantages of his project which consists in launching by January the first Francophone employability center. 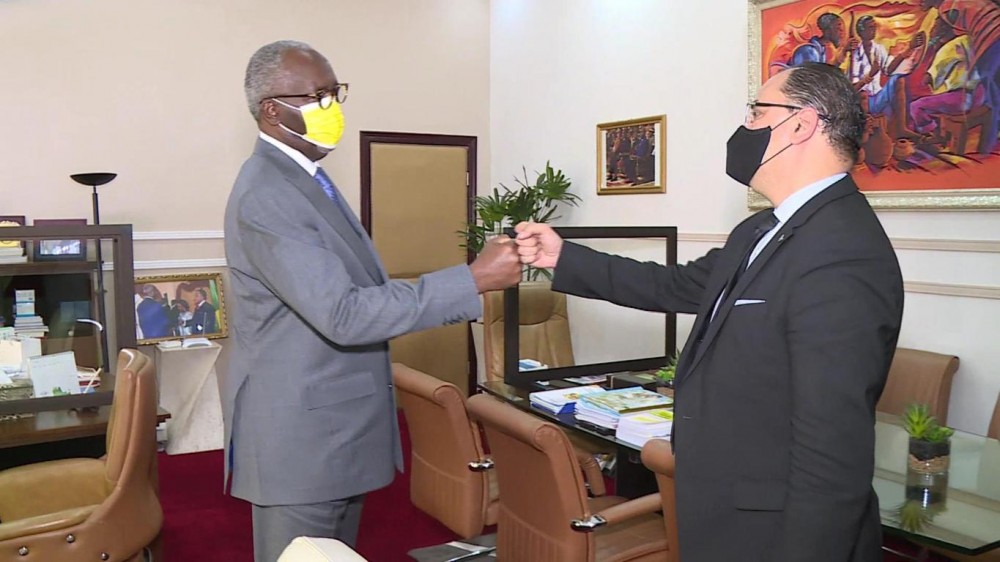 The first francophone employability centre, Prof. Silm Khalbous assured, is currently under construction at the Marien-Ngouabi University.In this vision, he welcomed the convergence of views with the minister in charge of employment on the issues of employability of young graduates especially since Hugues Ngouélondélé said that the employment of graduates was a priority.

In addition, arrived at the end of his mandate in Congo, the resident representative of the United Nations Population Fund (UNFPA) and the Minister of Youth have reviewed the commitments that this agency had taken since his arrival.The Congo and UNFPA, he explained, have worked together on the organization of the youth forum of the Economic Community of Central African States, last August, which has allowed, according to him, the positioning of the Congo on the African youth agenda. They also discussed the issue of demographic dividend and the positioning of Congo on the issue. "We have succeeded in advancing this issue and especially in advancing the membership of Congo in the human capital program of the World Bank. I believe that this represents a lot for young people and women in Congo," said the UNFPA resident representative.

Mohamed Lemine Ould Moujtaba spent three years in Congo. He praised the support to youth associations, especially through the revitalization of Afriyan, the African network of adolescents and youth in population and development. "We have supported the establishment of a new office and we are working with the ministry on the development of the premises of this association. I wanted to tell the minister how pleased I am with this collaboration," said Mohamed Lemine Ould Moujtaba.