Benin/Project to support the improvement of women's income in the karite sector in the departments of Alibori and Atacora: Banikoara hosted the official launch!

The deliberation room of the Banikoara town hall was the setting this Friday, October 15, 2021, for the official launching ceremony of the activities of the project to support the improvement of women's incomes in the shea butter sector in the departments of Alibori and Atacora (Pareffika). It was under the aegis of the mayor of the town and in the presence of the first person in charge of the NGO Afva, the director of the regional coordination of the NGO Brücke Le pont, the project leaders and some actors of the shea butter sector. 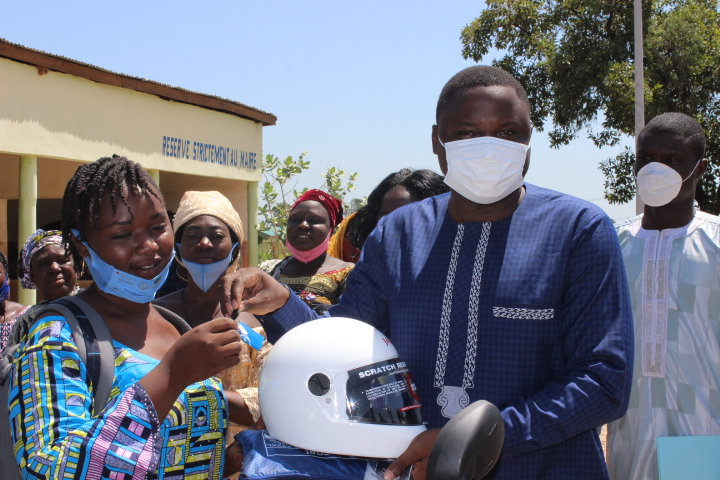 It should be noted that the Pareffika project is being implemented in the communes of Banikoara, Kandi, Gogounou and Kérou for a period of three years. The facilitators received rolling stock on the occasion of the official launch of the project's activities.