Nearly 300 young volunteers of the National Civic Service started on Friday a fifteen-day training course to be integrated into the governmental programme "Xëyu ndaw ñi" aiming at offering 65,000 jobs to young people. 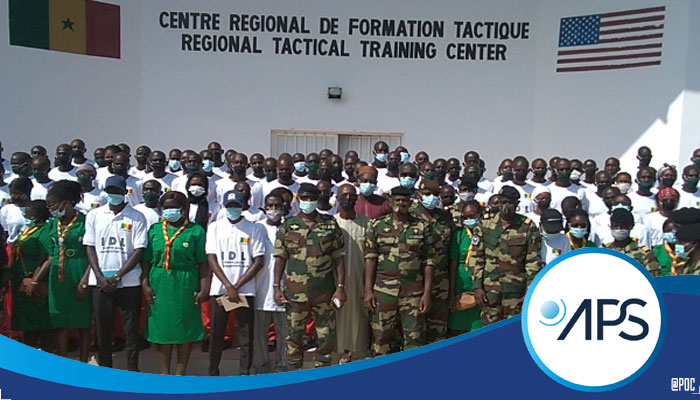 The beneficiaries gathered at the tactical training center of the military base of Thies to receive the training. 297 young people in total, including 77 girls, came from all departments of the country.

In Thies, they will receive a "basic military training" for fifteen days.
The National Civic Service is authorized to recruit 1,000 volunteers, who will benefit from the 65,000 jobs provided by the State for the "Xëyu ndaw ñi" (jobs for young people) program.
This training requires surpassing oneself, giving of oneself, solidarity, respect for others, mutual aid, all values that naturally found civicism, which you will inculcate in your communities of origin," said Colonel Henri Diouf, head of the National Civic Service.
You will learn here that our country expects from each of you a civic commitment to develop and preserve its social balance,'' he added.
At the end of the training, the beneficiaries will have the intellectual and psychosocial skills to "boost their community and change certain undesirable behaviours".
After acquiring knowledge in civic education and civic engagement, the members of this first cohort will return to their communities of origin to participate in behavior change and endogenous community development.
This is the first time that the national civic service is authorized to recruit 1,000 agents at once," said Colonel Henri Diouf.
A two-year employment contract renewable once will be offered to them at the end of the training, according to Colonel Henri Diouf.