France/Honfleur: two million euros for the benefit of the community

On Monday 5 July 2021, a contract for recovery and ecological transition (CRTE) was signed by the sub-prefect and the president of the community of communes of Honfleur (Calvados). 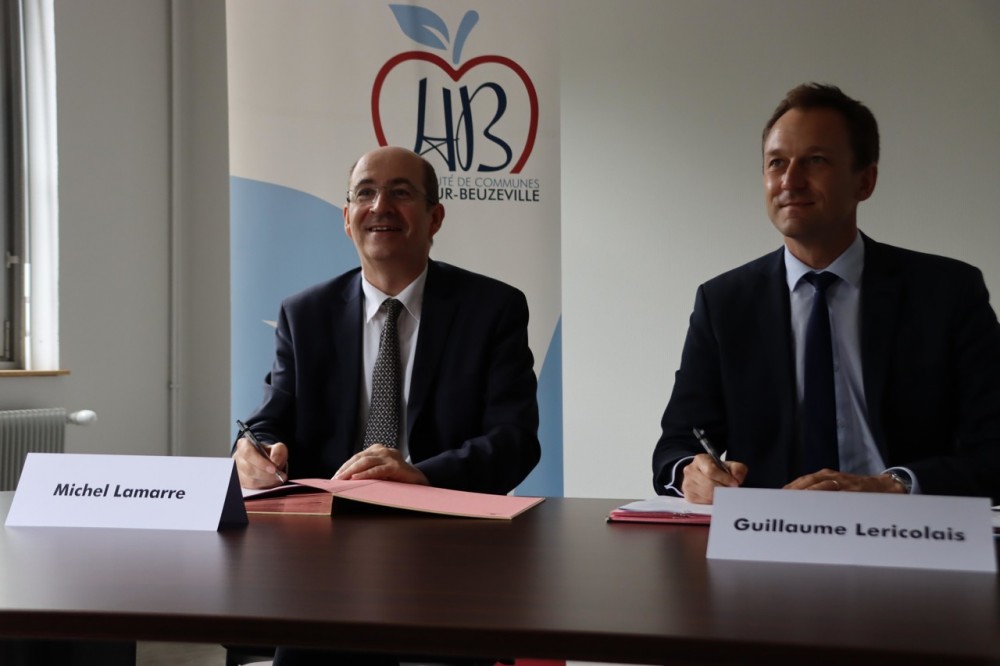 "It is a contract between the State and the community of communes, with which the Department is associated", describes the sub-prefect. Three objectives are thus pursued. Firstly, it is a question of making the community of communes benefit from the recovery plan presented by the Prime Minister last September, called France Relance. "We want to ask questions and move forward methodically on these issues," explains Guillaume Lericolais.

But it is also an opportunity for the different actors to agree on the main priorities for the coming decade.

"A very small town like ours would not be able to act if it did not receive financial support from the State, or would take much longer to do so.

Two birds with one stone

In concrete terms, the public players who signed the contract want to accelerate the ecological transition, by developing bicycle paths or renovating the Bassin des Chasses to make it a green lung. Tourism is also at the centre of this contract, having become a subject of debate with the recent development of Airbnb. The enhancement of heritage such as the Mora project has also been one of the main axes.

Half of the subsidies will thus be reserved for the communities of Honfleur Beuzeville, while the second will help the development and relocation of local businesses.