What are the challenges, advantages and opportunities of digital technology in local development? How can Beninese communes make themselves attractive and mobilize their own resources? What is the strategy to achieve this? Who are the actors involved? To answer all these concerns, DigInfos spoke with Mr. Omer THOMAS. He is a lecturer at the CAMES University in Geography and Planning. In parallel to his courses at the University of Abomey Calavi from 1981 to 2018, he participated in the implementation of several projects on decentralization and local development in Benin, Burkina Faso and Togo between 1983 and 2016. Upon his retirement in 2018, he created the Institute of Cartography and Territorial Engineering to spatialize local issues, promote local economy and capitalize on local good practices. 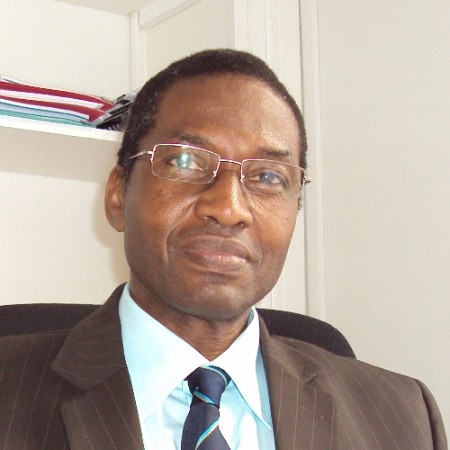 DigInfos: Tell us what link could be made between digital and local development?

Prof Omer THOMAS: Digital is a language that allows to codify in a binary way (0, 1) any data to make it intelligible to the different computer hardware (computers, tablets, cameras, camcorders, androids, TV screens, Facebook, WhatsApp, Zoom, Teem.... that we use daily. This binary language allows machines to communicate with each other thanks to the software that are the computer programs. With digital technology, the world has entered a global revolution through the Internet and the real-time circulation of information. According to Toynbee, this new stage of humanity offers the opportunity to all to access knowledge and therefore to development.

To come back to your question, the link between digital and local development is obvious. Because digital technology is a blessing for local development, a participative process par excellence that aims to make each territory an autonomous space of prosperity. With digital technology, there should be no more marginalized, unknown and deprived areas on earth. Because this universal language improves communication, especially with cell phones, to mobilize the greatest number of people around a common project. With the internet, digital technology opens the doors of a world library and makes possible, thanks to search engines like Google, what seemed inaccessible with a wider diffusion of knowledge and information. From now on, any inhabitant of this world can have access to knowledge and use it to develop the immense potential of his territory and become a citizen.

In concrete terms, what benefits can municipalities derive from digital technology?

According to studies, digital technology will facilitate the achievement of all the Sustainable Development Goals (SDGs). This is a global challenge that municipalities are spearheading, in line with the United Nations' vision of "thinking globally, acting locally". Digital technology invites us to reinvent society, as it embraces all areas of life and all sectors of the economy. It is revolutionizing the working habits and relationships of actors at all levels. Its performance is linked to the plurality of supports and the speed of results. But also to their capacity to evaluate and to remove spatial and temporal boundaries that hamper initiatives. The communes, new tools for establishing democracy at the grassroots level, must serve as pillars for anchoring this revolution in our daily lives, thanks to their young human resources and the immensity of their natural potential. The communes should serve as a full-scale laboratory to drive the African digital revolution from the villages and neighborhoods, whose digital data on the population and natural resources will be consolidated by the communes and the state.

The digitization of local data by the communes is a necessary step for their sustainable development. The civil registry, the tax base, local potential, the communal budget, land use planning, communal heritage, etc. are all areas of work for producing a digital database. This is an essential tool to inform the decisions of elected officials and the actions of municipal and national technicians.

What is the current state of affairs with regard to the use of digital technology in Benin's communes?

Thank you for this pertinent question that challenges each and everyone. The popularization of the use of digital technology in the Beninese administration coincides with the advent of communes at the beginning of the 21st century. Logically, these two innovations should go hand in hand, as history teaches us about printing and Protestantism. The new local authorities have, in fact, benefited from the support of numerous consultants equipped with computer equipment likely to arouse the interest of local actors. This contact with digital technology was followed by several training sessions for local agents to introduce this technology into the local administration (GBCO, Archi CAD, Auto CAD, Excel, GIS, etc.). All the communal offices have been equipped with appropriate equipment (desktop or laptop computers) and are connected to the Internet network.

Apart from Word and CBCO, which are used daily for word processing and accounting, software dedicated to resource inventory, equipment planning and security of the communal territory are not very well adapted by communal agents. This underperformance is partly linked to the limits of post-training follow-up of agents by their superiors.

The State and the Ptfs support the communes in mobilizing their own resources. From your perspective, what is not working and what needs to be done to boost the attractiveness of communes that need to sell themselves by revealing their economic potential?

This question touches on two major issues for the commune, namely the mobilization of own resources, which draws on public wealth, and territorial attractiveness, which depends on the creation of private wealth by businesses. To replenish the local budget, the communes have developed strategies implemented through several tools such as the RFU, Ecoloc, etc. The urban land registers (RFU), which are simplified cadastres, were initiated in the 1990s by SERHAU to mobilize fiscal and nonfiscal resources. After the test in Parakou, this tool was popularized in several main and secondary cities with the support of TFPs such as UNDP. For some years now, the Beninese government has been developing a national land register in partnership with the Kingdom of the Netherlands. This important tool for mobilizing local resources is not yet operational. At the same time, the Swiss Cooperation has initiated a program for the development of infrastructure and market equipment (PDIEM), whose non-tax revenues will feed the local budget.

The mechanisms for mobilizing local resources are struggling to bear fruit due to the lack of involvement of elected officials who are afraid of being unpopular by speaking the truth to their constituents. They are often confused with the promotion of the local economy.

Territorial attractiveness is essentially focused on economic development, particularly the installation of companies. It is expressed in terms of accessibility to infrastructure (road, rail, electricity, fiber optics), mobility, land management, promotion of tourism, ecological transition, public services, labor force... A municipality needs to be able to attract and retain the best people.A municipality needs to bring together several elements in order to attract and locate companies that offer jobs to a qualified or low-skilled but cheap workforce. Securing land is an essential factor in the attractiveness of the region. The municipality can develop serviced business parks or even build hotels and business incubators to facilitate the installation of companies on its territory.

We hear about a concept that is very fashionable in Western countries: "territorial marketing". What is it?

Territorial marketing consists of communication and even advertising to promote a territory and its potential. It is a collective approach carried out in synergy by key public, private and associative players. Territorial marketing highlights the identity of the territory, its positioning, its basket of services, particularly the potential and the flagship products of its economy.

How can this concept be applied to Beninese communes?

Each commune must develop an identity that is the pride of all its inhabitants and by which it identifies itself and promotes its territory. In the hills, in 1997, territorial projects chose names to bring people together: Pays des Pactes de Terre (Banté), Pays des 41 Collines (Dassa-Zoumé), Pays du Marché Commun (Glazoué), Pays des Sept Rivières (Ouessè), Pays de la Chaine de Collines (Savalou), Pays des Mamelles (Savè). The identity makes it possible to strengthen the links to transcend the cultural and socio-economic divisions of the territory.

Each territory must also define its positioning, which gives visibility to its economic production. Territorial marketing communicates on the economic products to satisfy the opportunities and the potential market of the territory's products. The Alibori 2040 Territory Project positions this Beninese department, located at the gateway to the Sahel, as a "Laboratory for ecological transition in Africa". This choice makes the fight against desertification by adapting economic activities to climate change and mitigating its environmental effects on the department, the major axis of its development.

Beyond identity and positioning, territorial marketing is based on the basket of services, notably the diversity and quality of the offer in terms of economy, heritage, training, mobility, culture and leisure. The aim is to promote the territory's flagship products and to encourage potential buyers to expand the existing market.

The site is large: where do we start?

The first task is to deliberate on the identity of the territory in the local council and to set up a steering committee committee chaired by a member of the municipal executive and a technical committee headed by the executive secretary.

The second step is to raise awareness among the community's key players, mobilize them and encourage them to adopt the identity.

The third step is the marketing diagnosis to define the positioning of the territory. The territorial offer is analyzed and compared to that of competitors in relation to market satisfaction.

The fourth step is the synthesis of all this process through appropriate tools of territorial marketing and an implementation plan with a budget.

The fifth step consists of the validation of the work accomplished by the steering committee whose observations improve the tools and deliverables of the territorial marketing.

Finally, the sixth step allows the municipal council to adopt the results and then implement the territorial marketing of the municipality.

Which actors should be mobilized to achieve the expected results?

This approach can mobilize the leaders of all the vital forces of the commune: elected officials, technicians (communal and national), economic operators (farmers, artisans, industrialists, merchants, businesses), resource persons, the diaspora, etc.

So what appeal do you have to make to the communal authorities (elected officials and communal leaders, private companies and the population)?

Africa is the continent of the future of humanity. Its development will be done with or without the Africans. Both scenarios are on the table. African citizens (elected officials, technicians and populations) must catch up by upgrading themselves through the generalized mastery of digital technology and through innovation in all areas of life. It is at the price of work and effort that they will not let this future escape them as was the case for the Amerindians in the United States of America and the Aborigines in Australia. Decentralization offers through the municipalities a school to teach every inhabitant how to become a citizen by building his territory. Local development creates a dynamic that avoids being left on the side of the road to participate in the construction of its territory.