The contribution of the Diasporas to the development of their host and home countries is not negligible. As far as Benin is concerned, there are several Diaspora umbrella organizations, particularly in France where Me Isdeen OUABI, a lawyer at the Hauts-de-Seine Bar, lives. After a law degree at the University of Lille 2, a master's degree in political science with an option in international relations at the University of Paris I Panthéon-Sorbonne and a postgraduate degree in diplomacy and administration of international organizations (University of Sceaux), he obtained his doctorate in law and his certificate of aptitude for the profession of lawyer (CAPA) at the Bar School of Paris. He has been a municipal councillor for three successive terms and in this capacity was elected General Secretary of the Association of French Elected Officials of Beninese Origin (EFOB), of which he is the co-founder. He is also the delegate for legal affairs of the Ile-de-France sub-section of the Progressive Union (UP) France country section. The editorial staff of www.jumelages-partenariats.com delivers here the substance of our interview. 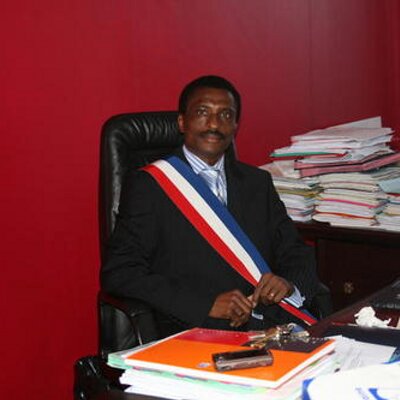 www.jumelages-partenariats.com: How do you view diasporas in general? What is their role and what place do they occupy in the development of both host and home countries?

Beninese of origin, how do you feel in your host country and how does your organization work?

Two questions in one! I was able to integrate easily and quickly into French society, without forgetting my origins, without breaking the links with my country of origin, Benin. I believed in myself when I arrived in France and my university education enabled me to do so. It's safe to say that the social elevator is not completely out of order in France. In terms of human relations, there is one fact that stands out for me. I did not experience any problem of racism until the day when, during a municipal council meeting, a "colleague" from the National Front declared that he was "a racist". of the National Front declared that he would never vote for a black person or an Arab", which shocked me and all the elected representatives. When I meet people in the courts or when I wear my scarf as an elected representative at official ceremonies, I feel admiration from some, and indifference from others. Regarding my organization, I think you are referring to my association of French Elected Officials of Beninese Origin (EFOB). It is an association under the law of 1901 whose aim is to bring together French elected officials of Beninese origin who adhere to republican values in order to create links of solidarity between its members to contribute to the good governance of local authorities in Benin; to support cooperation and co-development projects with their political and technical expertise. The bodies of the Association are the General Assembly, the Board of Directors and the Bureau. Experts may be called in an advisory capacity.

Each community abroad identifies itself particularly in sports, dance, art, culture, etc... How is Benin sold abroad through you?

Benin is a bit of everything. We excel in many areas. Beninese executives are highly appreciated, whether they are engineers, technicians, lawyers, doctors, professors, researchers, scientists, artists, etc.. Our country promotes itself through its many talents. The "Benin brand" is naturally sold without any fanfare. I certainly contribute to it too.

Is a return to the country possible for you one day? Otherwise, how do you really intend to participate actively in the development of Benin?

We are now in the 2nd or 3rd generation who no longer have the same relationship with Africa as those who arrived in the 60s and 70s, because they were not born there and sometimes they have never been there. Their knowledge of Africa is often limited to what was passed on by their parents or grandparents.The second and third generations are no longer concerned with returning home and investing in their country, but rather with succeeding in France. I assure you, this is not my case. I am obviously thinking of returning, as are many compatriots, especially since the advent of the new beginning, which creates the right conditions for this return to play an active role. This role can take the form of an associative or political commitment, but can also be linked to a professional or entrepreneurial activity

So, as a diaspora umbrella organization, give us an overview of the relations with your country of origin, Benin.

French elected officials of Beninese origin are very attached to their country of origin. We have good relations with the authorities both at the top of the State and at the grassroots. As you know, we have signed a partnership agreement with the National Association of Beninese Communes (ANCB) under the presidency of the Head of State, Mr Patrice TALON. Contacts between our two associations are regular and we work together on projects.

It is not always the honeymoon in the country of origin-diaspora couple, there is sometimes a kind of mutual distrust which sometimes ends up in a rupture of the links on the basis of disappointment on both sides: how is this explained?

Too often, the person living abroad is still looked at strangely in the countries of origin, between mistrust, envy and misunderstanding. Many countries of origin have voluntarily implemented incentive policies to attract diasporas. However, it is sometimes the case that assisted return measures fuel a negative feeling among those who have remained in the country and thus complicate the reintegration process. Diaspora members who want to invest or resettle in their country of origin are often perceived as a threat. It is important to find the right balance between the contribution of new skills and experience by diasporas and the contribution of local staff.

Yet the contribution of diasporas to home countries is necessary, if not indispensable. So, what are the approaches you propose for a collaboration aiming at the higher interest, especially of the populations who only aspire to a better well-being?

A dynamic has been launched since 2016 that must be supported, nourished by ideas and accompanied. The Diaspora should be integrated or better integrated into development strategies, thus enhancing the experience and know-how acquired abroad. The objective is not to impose, but to co-construct with decision-makers and populations. Let us all take up the challenge of development by facilitating relations and partnerships between the diaspora, local actors and decision-makers as well as international actors, by mobilizing more of the diaspora's skills.