In 2020, due to the pandemic, the rights of girls have deteriorated significantly: dropping out of school, forced marriages... Several associations are working to protect their rights. This is notably the case of Vision du Monde, which proposes a sponsorship model to enable children to access education and grow up in a safe environment. 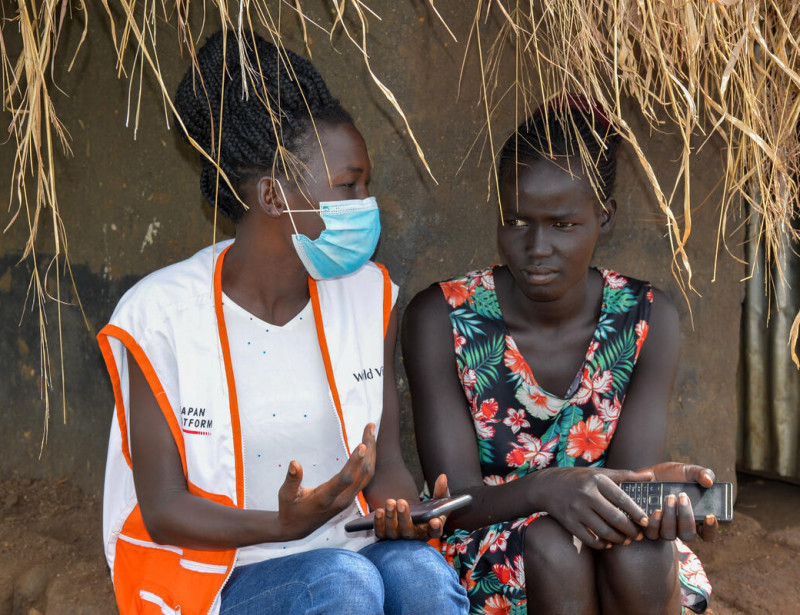 While the Covid-19 pandemic has affected the entire planet over the past year, its consequences are more significant for the rights of girls and women. According to UNICEF, health isolation measures have forced an additional 11.2 million girls and young women to drop out of school in 2020, and generated 4 million additional child marriages worldwide.

Faced with this worsening situation, the French association sector is involved in the field to guarantee the right to education and fight against gender violence. Some associations offer child sponsorship programmes, which consist in making a regular donation so that a child can go to school and grow up in a safe environment. This is notably the case of the NGO World Vision, one of the pioneers in this field. It is part of the World Vision partnership.

Founded in 1950 by Robert Pierce, a pastor and war reporter, World Vision is one of the first NGOs to be involved in child sponsorship. Through these operations, its objective is to promote the economic and social development of children and their communities in the poorest countries. This process appeared after the First World War, when many children were orphaned by the losses of war. After 1945, sponsorship expanded from areas of conflict to all areas where children were in danger.

When World Vision opened its first field office in 1954 in South Korea, its focus was on helping children isolated by conflict. Over the decades, World Vision has expanded its work to include long-term development programmes in the most troubled areas.

By promoting economic development, the NGO aims to stabilize the local economy and avoid the risks of military conflicts, which lead families into a vicious circle of poverty: dropping out of school, early marriage for girls, or even the recruitment of child soldiers in the fighting.

Currently, World Vision sponsors more than 25,000 children in 10 countries in Asia, Africa and Latin America. It works in close collaboration with the European Union, UNICEF and the UN World Food Programme, for which it is the leading distributor of foodstuffs.

A community and solidarity approach

World Vision's operations are based on a community approach to sponsorship. The sponsors' money is not given directly to the child and his family, but is used to finance projects for the child's community as a whole: school, health, access to clean water, stable food...

Our programs are often located in isolated areas and include several dozen villages," explains the NGO on its website. This is why 97% of our field teams are made up of local staff, so they can build a relationship of trust with the population. They listen, identify and evaluate the needs expressed by the families in order to define with them the priority projects". According to World Vision, the sponsorship of a child allows four other children in the community to benefit from it.

In order to carry out these projects, it is committed to a process of transparency with its donors regarding the funding it receives. Committed to the Donate with Confidence label, the NGO must carry out regular reviews on the use of its donations, as well as on the effectiveness of its actions. In 2020, more than 80% of donations were devoted to the association's social missions.