Local strategies and policies session at the Africities Summit 9 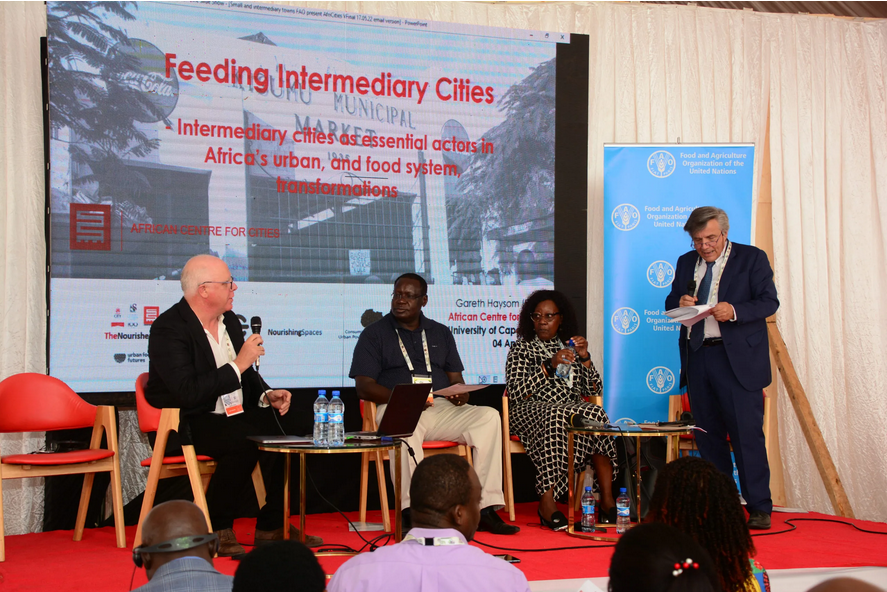 Co-organized by the Food and Agriculture Organization of the United Nations (FAO), United Cities of Local Governments (UCLG) and several organizations including UN-HABITAT, UNEP, RIKOLTO, ICLEI AFRICA, ENDA- ECOPOP, RUAF and CGIAR, the session posed the real challenges related to the nutrition of people living in peri-urban areas which is home to the largest portion of Africa's population.

How can we make agriculture profitable for the farmer and products cheaper for consumers? The challenge for African peri-urban local governments is to set up sustainable food systems. This system will have to give priority to proximity in order to reduce transport costs and the risk of damage that threaten production far from the cities. In the same way, it will be necessary to solve the problems of industrial pollution and that related to the great traffic in the peri-urban zones which can contaminate the ground and water and thus the agricultural products. One of the solutions envisaged is therefore the promotion of urban and peri-urban agriculture. This diversification of production areas will reduce the cost of nutrition in the budget of vulnerable people who spend nearly 70% of their income on food. But for peri-urban agriculture, it will be necessary to secure the land, which is generally under strong pressure in these areas, much more than in the agricultural regions. Her Excellency Ms. Carla of the FAO in Kenya pleads for a greater role of cities in agriculture with the figures of urbanization of Africa. But this role is not limited to the introduction of peri-urban agriculture in grassroots development plans, but also extends to the quality of meals consumed in intermediate cities. According to her, meals eaten outside the family are often industrial, high in sugar and fat, and therefore a source of illness. Cities need to help improve nutrition in the city. Agriculture must also be seen as a source of employment. Food is important for health, economy and well-being in urban and peri-urban areas. "Through nutrition, we can transform cities," she concluded.