Many Canadian communities have taken steps to become more resilient in the face of the growing threat of extreme weather events. 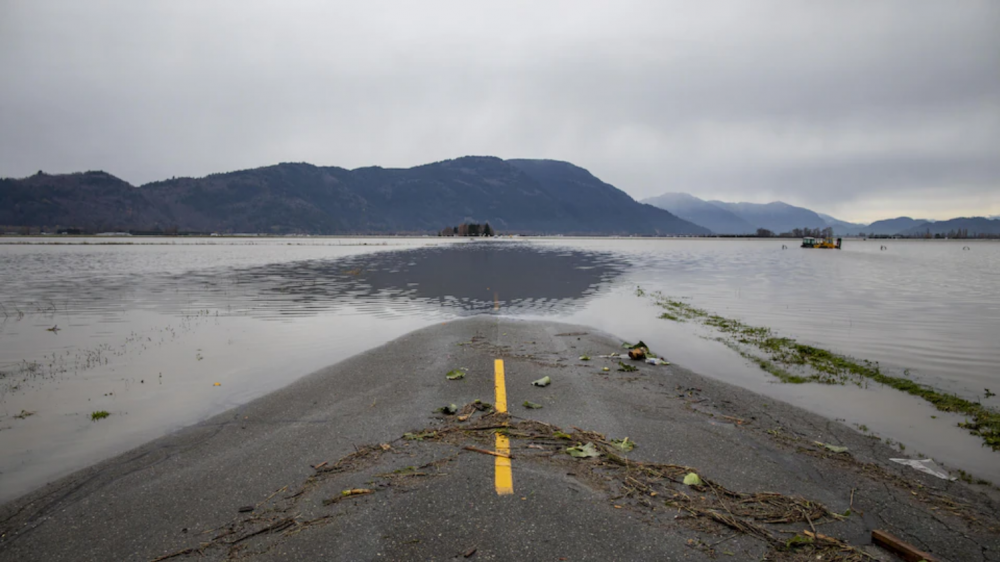 There is a tremendous amount of leadership coming from the municipal community in Canada," said Sophie Guilbault, Director of Partnerships at the Institute for Catastrophic Loss Reduction (ICLR), a research center affiliated with the University of Western Ontario.

These disasters, including heat waves, forest fires, droughts, heavy rains and floods, are expected to increase in number, both here and elsewhere, according to the latest work of the Intergovernmental Panel on Climate Change (IPCC), released Monday.

While stakeholders agree that Canada, like the rest of the world, is not doing enough to adapt to today's and tomorrow's climate, many effective initiatives are already underway.

Protecting yourself from fire

Climate change is already contributing to an increase in the intensity of wildfires and the area affected, according to the Intergovernmental Panel on Climate Change (IPCC), and this trend is expected to continue.

The cost of protecting against wildfires has ranged from $800 million to $1.4 billion over the past 10 years in this country, according to the federal government (New Window). These costs have increased by about $150 million per decade since 1970.

Despite these protection efforts, wildfires can cause significant damage, such as in Fort McMurray in 2016, where there was about $3 billion in insured damage.

Communities are adapting, however, such as the District of Logan Lake, British Columbia, described as a pioneer in wildfire protection.

As early as 2004, a program was put in place to encourage homeowners to purchase low-cost roof sprinklers, which could be installed free of charge by firefighters.

These devices wet buildings as they approach a fire, reducing the risk of them catching fire when debris reaches them.

Since then, 250 sprinklers have been installed in the community, representing about a third of Logan Lake's homes, the Institute for Catastrophic Loss ReductionIPSC noted in 2020. These efforts, combined with other measures, have paid off.

The district was evacuated last summer as a major wildfire approached. But no buildings were damaged, according to local media (New Window), an outcome firefighters attributed to the community's prevention efforts.

The Intergovernmental Panel on Climate Change (IPCC) points to the adaptation and structural protection tools developed by FireSmart in Canada. It also stresses the importance of using controlled burning, particularly as traditionally practiced by Aboriginal peoples, to limit fuel accumulation.

And initiatives to do so exist in Canada. In 2019, for example, the Shackan Indian Band and Xwisten First Nation teamed up with the British Columbia Forest Fire Service to plan and implement controlled burns.

Lytton, also in B.C., which was completely razed by fire last summer, is still planning to rebuild. The Institute for Catastrophic Loss Reduction (ICLR) advised the city in drafting its new building bylaw, which aims to make it a more climate-resilient community.

The Mayor and Council are committed to taking steps to protect their community from wildfires," said Paul Kovacs, Director of the Institute for Catastrophic Loss Reduction (ICLR), via e-mail.

Protecting yourself from flooding

In Canada, flooding has accounted for 40 per cent of the costs associated with natural disasters since 1970, according to the Intergovernmental Panel on Climate Change (IPCC) report. They are already the most frequent natural disaster in Canada, according to the Institute for Catastrophic Loss Reduction (ICLR), and the situation is expected to worsen as annual precipitation increases in most parts of the country, the panel says.

Like many climate change risks, flooding is not evenly distributed, and Aboriginal lands in Canada are disproportionately exposed, notes the Intergovernmental Panel on Climate Change (IPCC).

Last fall's flooding in British Columbia came too late to be considered by the IPCC, but it caused billions of dollars in damage.

The 2013 storms in southern Alberta caused nearly $8 billion in insured and uninsured damage, the IPCC notes.

The town of High River, Alberta, was one of the communities most affected by the 2013 floods, with more than 13,000 people evacuated and over 6,000 structures damaged. This damage led it to build dikes and relocate neighborhoods to renaturalize them and leave a wider flow area for the Highwood River, among other mitigation measures.

In Quebec, the provincial government mandated the Montreal Metropolitan Community (MMC) to redo all flood zone maps in its area after the 2017 floods.

The day you develop in those areas and there are other floods that look worse, well honestly, you end up creating that problem yourself," said Martin.said Martin Damphousse, president of the climate change committee of the Union des municipalités du Québec (UMQ) and mayor of Varennes.

Already, between what was done before and what is done today, we can see that a great deal of thought has been given at the municipal level to ensure that we no longer take unnecessary risks, he said.

Aboriginal communities are not left out. The First Nations of Quebec and Labrador Sustainable Development Institute (FNQLSDI) has produced guides to facilitate adaptation to a variety of climate risks.

In Montreal, parks are called upon to play a role in stormwater management and flood risk mitigation. This is the case for the Grand Parc de l'Ouest, but also for smaller green spaces, such as Pierre-Dansereau Park.

Pierre-Dansereau Park was designed to delay the time at which rainwater must be treated by maximizing permeable surfaces and integrating natural retention basins, in addition to making it an attractive space for citizens.

This is an excellent example of how to integrate several objectives into a single project," said Ms. Guilbault. And in terms of cost, the City has demonstrated that it is not more expensive to design a park like this.