The SSE has demonstrated its capacity for experimentation and innovation in sectors neglected by the private and public sectors. Local authorities now rely on SSE to create jobs in several sectors: short circuits, circular economy, food. 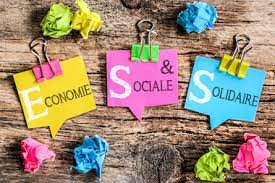 It is rare for elected officials to overlook an economic sector that accounts for 10% of employment in France and sometimes weighs much more in their territories. However, the social and solidarity economy (SSE) has yet to prove to them that it is creative in this area. Even if, today, with the return to the local level, the environmental and social transition, and the need for proximity, the employment opportunities of the SSE have become a more obvious prospect for local executives. From now on, communities are moving from developing employment in SSE to developing local employment through SSE.

In the 1980s, with the birth of the first social integration enterprises and the first citizens' collectives around renewable energies and local development, social innovators expected above all that public authorities would let them experiment in peace with new forms of employment: part-time and limited duration, for precarious people and in missions of general interest fulfilled neither by the public nor by the private sector.

With the help of institutional recognition, relations between local authorities and the SSE have become more normalized, thanks to partnerships with the régies de quartier and the chantiers dWe are now in a third stage, with the creation of a new type of cooperative society, the SCICs, the PTCEs and, soon, with the third places. We are now in a third stage, with greater support for the sectors and industries that SSE companies have been working on since the beginning: circular economy, personal services, soft mobility, etc.

If the support is sometimes complicated, it must be said that elected officials and technicians must show imagination to support a sector that appears to be transversal to (economic development, housing, environment, etc.) and which, because of its special status, also requires specific assistance.

The department as a shareholder

The department of Seine-Saint-Denis is emblematic of this support, both for traditional integration structures and for new solidarity-based start-ups likely to create quality jobs. Even if it has to show institutional flexibility. "Since the "Notre" law [of August 7, 2015, editor's note], the department no longer has economic competence and cannot directly help economic activities, but it can support the development of new businesses.But it can support employment," says Anne-Sophie Casteigt, director in charge of employment, integration and territorial attractiveness. We have been doing this through a call for SSE projects for the past three years in the sectors covered by our competencies: social action, sport and culture. Four hundred projects have been supported for 3.9 million euros. And also through the inclusion clauses in our public contracts, which have created 400 jobs."

At the beginning of 2022, the departmental council has a direct role in the launch of a cooperative of chauffeur-driven transport cars (VTC), which could bring together 500 drivers residing in Seine-Saint-Denis seeking professional security. "The department is already a shareholder in four other SCICs," says Anne-Sophie Casteigt.

This January, Burgundy - Franche-Comté is launching the overhaul of its plan, which will integrate the new sources of employment and sectors of the SSE. The SSE represents 11% of total employment in the region," says Eric Oternaud, regional councillor [EELV], responsible for the ecological conversion of the economy, green jobs and the SSE. We are convinced of the sector's interest for the future. A recent regional study by Insee shows that when the community puts 1 euro in the SSE, it brings 8 euros to the territory, while 1 euro invested in a digital platform represents an additional cost!"

This support for SSE companies takes the form of common law aid to small and medium-sized enterprises, or specific support linked to the particular statutes of the SSE, associations, cooperatives, integration companies or adapted companies. We have a role as a sorting station in the region," says Eric Oternaud. The players in the sector don't always know who to contact and the small municipalities don't know them. Our role is to support them with funding," which can be done through territorial contracts of objectives, the new contracts for recovery and ecological transition, and through aid for emergence or reconversion, as in the automotive or textile industries.

The intercos have the same competencies and similar tools. To facilitate the flow of aid, the Strasbourg Eurometropolis (33 municipalities, 500,500 inhabitants) has set up a "business incubator".) has also set up a SSE council, which brings together elected officials and agents from different levels, as well as the regional SSE chamber. This council gives a strong impetus to local actions, according to Pierre Roth, vice-president (SE) for SSE of the eurometropolis: "Since the beginning of this term of office, the council has set itself the goal of doubling the number of jobs in the SSE, i.e. 50,000 by the end of the term."With, as levers, social clauses, responsible purchasing, the development of sectors, and the use of SGEI. These services of general economic interest are aids accepted by the European Union that derogate from the principles of free competition for public service missions that can be fulfilled by the community or SSE companies. "In order to give activity to four local SSE actors, the eurometropole experimented with a Sieg "textile waste recycling" as early as 2016," says Pierre Roth. It allowed the creation of dozens of jobs. This Sieg will be renewed this year and another will be contracted in the energy renovation of buildings, where the SSE is also performing well."

It is another tool, still little known, created by the law of 2014, which was relaunched last year by the Secretary of State for the Social, Solidarity and Responsible Economy: the territorial pole of economic cooperation (PTCE), which the country of Grasse (23 municipalities, 100,200 inhab.) has taken hold of to increase the number of SSE jobs. The PTCE brings together different levels of local authorities, companies and research centers.

The Grasse region has focused its PTCE on the circular economy, the digital divide, responsible consumption and mobility. We were very quick to commit to the PTCE approach as the bearer of a more human and ecological dynamic, and one that is more resilient," says Jérôme Viaud, president [LR] of the country. The territorial cluster is led by the SCIC Tetris, in which the community is also a partner. With a strong political will to develop the sector and a dedicated service, the number of jobs in the SSE has increased by 17% in ten years.

Examples of community involvement in the SSE are no longer isolated. According to Patricia Andriot, vice-president of the Network of Local Authorities for a Solidarity Economy and councillor (EELV) of the Auberive Vingeanne Montsaugeonnais community of municipalities (51 municipalities, 8,300 inhabitants, Haute-Marne), "when an elected official does not know how to solve a problem, he or she calls on the SSE structures! The sector has proven its results, especially during crises: financial, ecological, digital and health transformation. It contributes to maintaining social cohesion, preserving jobs and creating alliances with all local actors, whether public institutions or private companies.