Far from the images of desertification, the diagonal of the void or impoverishment, villages are inventing new ways of local and sustainable development. Let's decipher the reasons for the success of these carriers of the future. 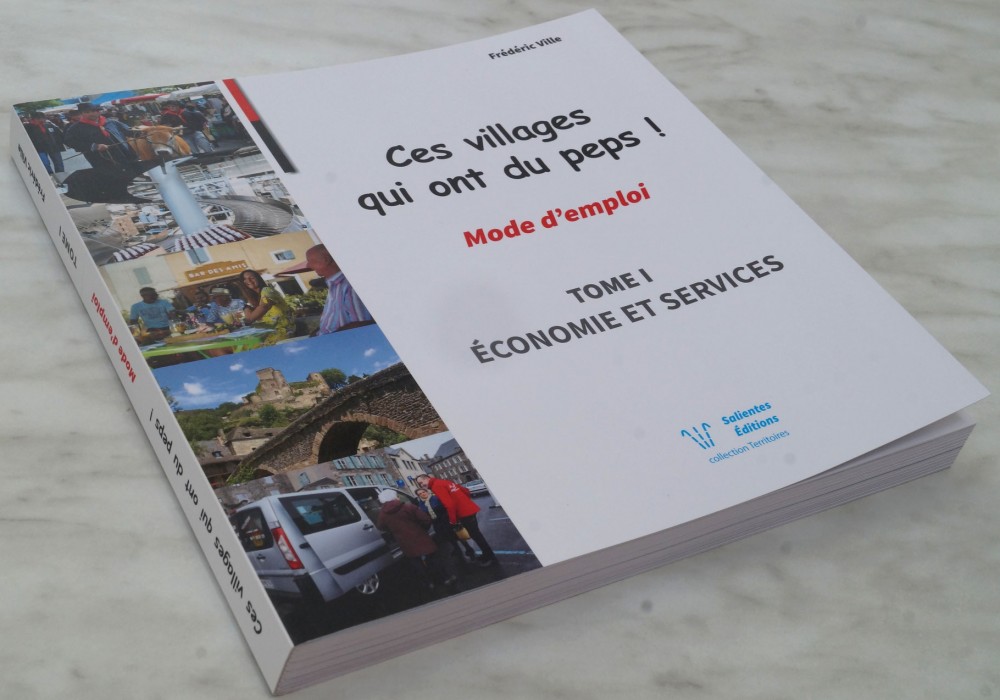 Another key to success, often cumulative with the first, is the individuality or the group. Sometimes, as the village is obliged to do, the craftsman of success has disappeared behind "his" work. Almost nobody knows Jean-Louis Guilhaumon today, but many music lovers appreciate Jazz in Marciac, the summer jazz festival that now attracts 250,000 people a year to this small village of 1,224 inhabitants in the Gers. It all started with this modest French teacher with a passion for jazz, who was asked by the mayor of the time in 1978 to boost culture... Régis Marcon, who is still at the head of his Auberge des Cimes, is probably best known for his three Michelin stars since 1995. He is at the origin of a gastronomic saga around his own family and well beyond, in the village of Saint-Bonnet-le-Froid, between Velay and Vivarais. Judge for yourself! Saint-Bonnet now has seven restaurants, four hotels and thirty-five commercial, craft or service activities... for 263 inhabitants, not counting hotel nights. A success between excellence and green lung.

Elsewhere, it is the collective that imposes itself from the outset. Les Survoltés d'Aubais? This is the story of a 1,500 square metre photovoltaic power station, supported by a hard core and 274 financiers, who "rather than working against", decided to "work for".decided to "work for", with perseverance and for six years in this village of 2,762 inhabitants in the Gard, despite the lack of enthusiasm of the town hall. Another example of collective success is the restoration of the castle of Gratot in the Manche department. It was the farmer who became the owner of a ruined castle who had the intelligence to mobilize volunteers, who have not stopped renovating, maintaining... and animating the castle since the end of the 1960s: a human adventure... and territorial, since it attracts many visitors in this rural sector of the South Channel.

Their message: reinvest in rural areas

Another key to success is innovation, of course. This is not, by any means, the prerogative of the metropolises. Look, for example, at the blossoming of connected lockers, these connected vending machines for fresh and local products. Well-positioned in the countryside, on the side of a busy road or in a town with no grocery store, they provide a service to the inhabitants of villages with no shops, while offering quality products and ensuring a better margin for farmers, even if this generally only constitutes a small part of their turnover. Sometimes the municipality even invests and rents a module to several producers, thus avoiding a multiplication of racks in the landscape. Rural innovation is also currently particularly targeted at mobility, with solidarity carpooling (Atchoum, Entraide et déplacement en Seine-et-Marne), work carpooling (Klaxit, Karos...), organised and secure local hitchhiking (Rezo Pouce...)... and even the return of the train carried by private individuals - who would have thought it?- through the Railcoop cooperative.

Obviously, all these successes are not achieved without perseverance. Because rural areas lack resources, they often involve volunteers, or even only volunteers. It must be admitted that they are sometimes fragile: when their linchpin(s) leave the premises, the work sometimes collapses. But in a society often sick of overconsumption or individualism, these successes have something exhilarating, inviting us to be more actors than consumers. Incidentally, they consolidate or even attract new populations: there is even talk of an urban exodus, which could well be confirmed with this health crisis, and which is not only the result of a city that can push back, but also of dynamic countryside. What is the message of all these project leaders to the State? Reinvest in rural areas, bring back public services, accelerate the digital coverage of the country, there is no useful savings... so at the risk that the Yellow Vests come back on our roundabouts, it is possible. These are the issues for this election campaign, ladies and gentlemen candidates.